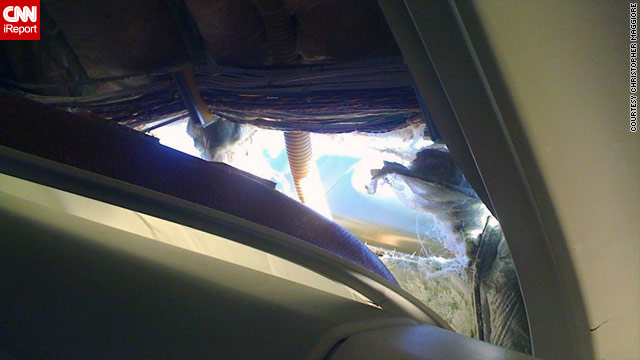 A Southwest Airlines Boeing 737 made an emergency landing in Arizona Friday after a hole opened on top of the aircraft.
April 4th, 2011
02:31 AM ET

Southwest Airlines expects to cancel about 100 flights from its Monday schedule, the airline said.

A Boeing 737 in the airline's fleet made an emergency landing in Arizona after a hole opened on top of the aircraft during flight Friday.

As a result, the airline is inspecting other planes. It has found "small, subsurface cracks" or indications of cracks in three other aircraft.

The airline asked customers to check its website before heading to the airport.