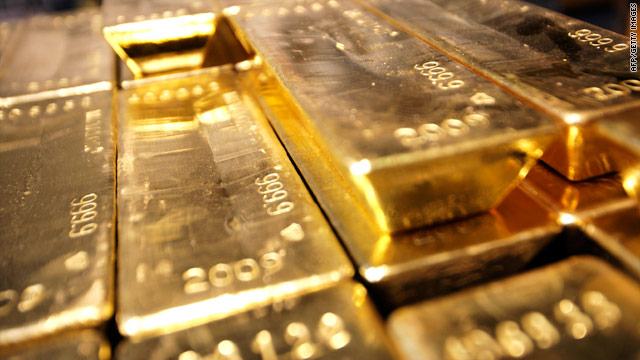 Stocks were supported by gains in semiconductor companies after Texas Instruments announced a $6.5 billion bid for rival National Semiconductor. Shares of National Semiconductor surged 72%. But the market came under pressure after meeting minutes from the Federal Reserve raised speculation that the U.S. central bank could raise rates later this year amid rising inflation.

Geopolitical concerns have eroded confidence in paper money, leading investors to pile into commodities - which, in turn, have reached multi-year and all-time highs.

Tensions in the Middle East and Libya have not abated, and Japan is dealing with post-earthquake rebuilding and ongoing nuclear issues.

"We have major issues going on both abroad and at home, and commodities are great uncertainty magnets," said PFG Best senior market analyst Phil Flynn.

The appeal of stocks has been somewhat tarnished by the volatile global situation, and bond investors "have been kind of forced out by the Fed's low interest rates," Flynn said. Meanwhile, the physicality of commodities have boosted their appeal - and made prices soar.

The market didn't react much to the minutes from the Federal Reserve's latest policy meeting released in the afternoon. Meanwhile the U.S. central bank continued with its systematic debt purchase program through the week.

The Treasury market has bounced around in a pretty narrow range for the last three months, as investors weigh signs of an economic recovery in the United States against a slew of crises across the globe.

Investors tend to dump bonds and buy more profitable assets, such as stocks, when the economy is on the upswing. But uncertainty sends them scurrying for the perceived safety of Uncle Sam's debt.

7:00 am ET April 21, 2021 RETWEET
As the world's most powerful leaders prepare to come together for US President Joe Biden's virtual climate summit,‚Ätwitter.com/i/web/status/1‚Ä¶JE
cnni

6:46 am ET April 21, 2021 RETWEET
Tyrannosaurus rex was a fearsome predator, but it sure wasn't a particularly fast mover. In fact, most humans coul‚Ätwitter.com/i/web/status/1‚Ä¶ub
cnni

6:19 am ET April 21, 2021 RETWEET
The verdict in the Derek Chauvin trial is not justice but "a good step in accountability," @Bakari_Sellers says. "‚Ätwitter.com/i/web/status/1‚Ä¶wu
cnni

6:03 am ET April 21, 2021 RETWEET
While crowds celebrated Derek Chauvin's conviction, many reminded us there's a long road ahead for work on racial j‚Ätwitter.com/i/web/status/1‚Ä¶VR
cnni