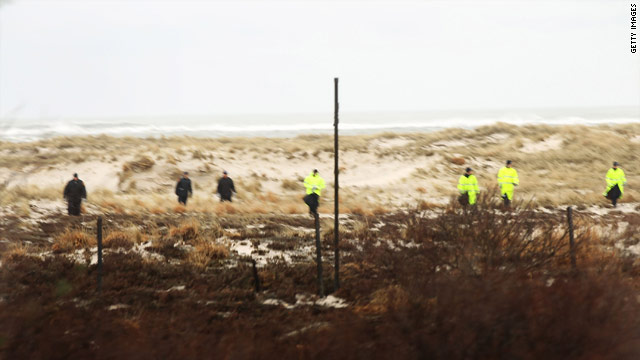 Comment of the day: Godspeed to the police. Hope they find the sick animal responsible for all these killings. –Tooofast

The search for a missing woman continued Tuesday in an area near Gilgo Beach on Long Island, New York. Officials have found the remains of eight people since May while searching for the New Jersey woman who advertised her prostitution services on such sites as Craigslist. Many CNN.com readers expressed their concerns about the missing woman, but the issue of legalizing prostitution also was debated.

SuperJase said, “There was a pilot scheme in my home city where they allowed the prostitutes to ply their trade without fear of arrest down at the docks. The locals were happy because prostitutes would stick to that area, police were happy because it was easier to police, the girls liked it because they felt safe knowing the police were keeping an eye on them and it was a good scheme.

They did away with it and we are back to where we were before. Now prostitutes go to the main streets near the pubs and shops to feel safer, locals are annoyed because they can put off visitors and possibly lose trade, police are not happy because it’s harder to keep tabs on these women and guarantee their safety."

RAM05 said, “Sure prostitution should be legalized, but also regulated. Pimps/madams and prostitutes should have to register with the police or town hall so that under-aged girls/boys and slaves aren't given credibility. This actually might be a way to reduce sex slave trafficking.”

SuperJase said, “Not to mention these women will start paying taxes on their earnings for public services they use. Legalize prostitution and it will be a good way to increase tax revenue at a time when the economy needs it."

But other disagreed. caracoles said, “There’ll always be prostitutes and killers. By legalizing prostitution we'll reduce the risks involved with the practice (murders, drugs, exploitation, etc). In Canada they have the 'massage parlor,' which in most cases is a place to get 'relief' and you can find places open 24 hours.” Jackie1111 said, “The bottom line is this: Let's say that prostitution was made legal or didn't even exist. Do you think that serial killers wouldn't exist? Of course they would. They would go after someone else like my sister, mother, me or even my daughter."

The Egyptian cobra that escaped from the Bronx Zoo is back, but interest in the snake remains high.  The New York Daily News has narrowed down thousands of suggestions to five options for the name of  the poisonous snake that captured public imagination during its escape. It will receive its official name on Thursday, but CNN.com readers had plenty of their own suggestions.

richardcheez said, “SSSnooki.” But WallyBalloo responded, “The LAST thing that girl needs is more publicity!” GrammarCop89 said, “Chuck Norrissssssssssss.” SadPanda said, “I vote for CoCoCobra.” The most popular suggestion: Margot707 said, “I would have voted for Houdini, regardless of gender.” Another frequent theme was mother-in-laws. jeje1 said, “I would name it Carmen (after) my mother in-law.” HumbleOp said, “Let's see ... sneaky, cold-blooded, slippery, bites when you least expect it, enough venom to kill an elephant and comes from Egypt. Just name it after my mother-in-law.”

Of course there were political references, too. WallyBalloo said, “Bernie Madoff. On second thought, why insult a snake?” blogcnn2010 said, “Palin? A snake with no name?” excoachken said, “I think, consistent with the sneaky qualities involved and the creation of terror he caused, a good name for this snake would be George W.” And NoneYa91 said, “A name for something so scary looking and that can kill a man with one bite ... Hillary.”

Can we genuinely talk about race, yet?

After Whoopi Goldberg challenged Donald Trump over the role of race in "birther" claims vs. Obama, LZ Granderson says minorities are accused of always bringing up race while some whites don't want to listen to discussions about it. Using an example of his car being egged, the senior writer and columnist for ESPN The Magazine and ESPN.com and contributor for ESPN's "Sports Center” says the proof that we have a "post-racial society" will be our ability to hold genuine conversations about race.

Well, if the dialogue on CNN.com is any proof, then it seems we have a way to go.

jray84 said, “I think blacks and other minorities think it’s acceptable for them to be racist because of perceived injustices in the past, but if that’s the case it’s acceptable for me to be racist because I've been mugged or the huge number of white or black victims of black criminals.” kreamowheat said, “The only people these days who are racists are black and Hispanic. Even his own article suggests it. The three black boys automatically screamed ‘hate crime’ when the white guy said not to jump to a conclusion. What if it were a black kid that threw it at the car? They don’t think of that. You know why? Because they want to make it a racial issue.”

Stepaside said, “White people initiate all this hate and racism, usually not blacks. You never hear blacks making racist remarks about Bush or Reagan, but read the comments for any article involving Obama and it's a different story.” Sheperd1 said, “I liked the comment that we are ready to talk about race (and other issues) but not really ready to listen. Good stuff.” Trueman said, “Race is always an issue. I teach at a school and many of my students are black. I always need to think twice before saying anything to any student, you need to be sure you are not saying something that can be misunderstood, and this is true of the black kids, too.”