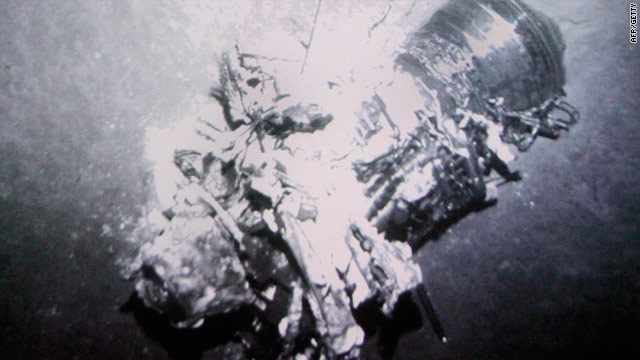 Crash victims' dad: Leave remains underwater: A leader of a group for families of those lost in the crash of an Air France jet said Tuesday that despite the discovery of their remains on the floor of the Atlantic Ocean, he wants the bodies of his loved ones left where they are.

Search to resume for missing woman: The remains of three women found on a remote stretch of beach in Long Island, New York, do not include those of Shannan Gilbert, whose search led to the investigation of a possible serial killer.

iPhone 5 release date: big buzz, few facts: The internet has swirled with speculation in recent weeks about a release date for Apple's iPhone 5, and even whether the company will update its iconic smartphone at all this year. Now, the most tenuous of news reports has ramped the talk up again.

Democrats, Republicans fail to reach budget deal: Top White House and congressional negotiators failed to reach agreement Tuesday on a spending plan for the rest of the current fiscal year, bringing the federal government closer to a shutdown at the end of the week.