Roughly 20% of the NYPD's uniformed workforce is out sick, according to a law enforcement official‚Ätwitter.com/i/web/status/1‚Ä¶eT 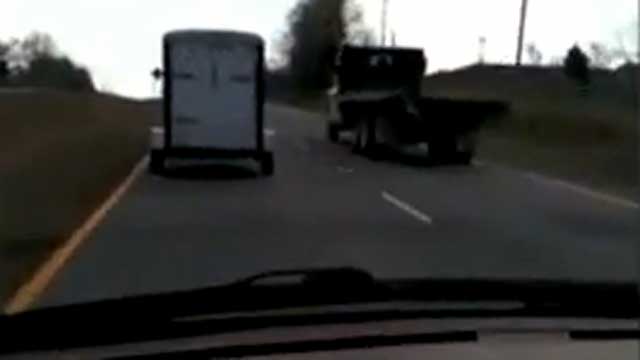 Things often go haywire on the highway but aren't caught on tape. Today however, we bring you three gripping videos that show what happens when things don't go as planned on the road.

Plywood missile – Our team at American Morning showed this harrowing clip where a woman filming two trucks on the road gets a 2×4 through her window.

Flaming car rescue – This is one brave police officer. Here, he tells us about his decision to pull a man from a burning car.

New Bonnie and Clyde? – This video is as "Wild West" as it gets in 2011...except this was in North Carolina...in a Jeep. Here, a couple wanted for armed robbery completely bypasses a police roadblock.

The Organization of the Petroleum Exporting Countries (OPEC) and Russia have reached a tentative agreement to cut o‚Ätwitter.com/i/web/status/1‚Ä¶Nf
cnni

8:04 pm ET April 9, 2020 RETWEET
McClatchy, owner of 30 US newspapers, has announced that it will furlough 4.4% of its employees, lay off four execu‚Ätwitter.com/i/web/status/1‚Ä¶DK
cnni