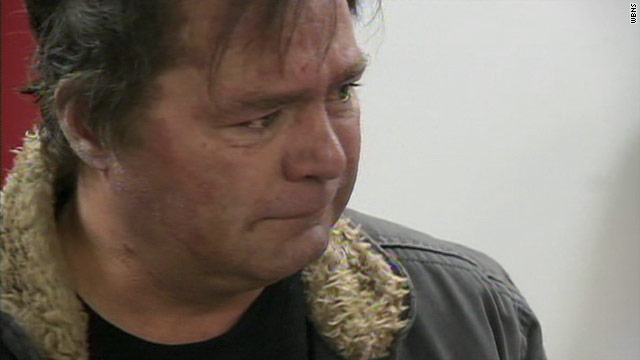 David Loomis lost his job last year, and his unemployment benefits were about to expire. But while Beth Loomis was walking their dog Tuesday morning, she found a dollar and thought, "I guess this might be our lucky day," she told CNN affiliate WBNS.

Ohio Lottery officials had invited the couple to come to lottery headquarters to pick up a hat and cup consolation prize from a 2010 drawing.

What they didn't tell the Loomises was that there also was a $150,000 check waiting for them from a lottery ticket David Loomis had bought last year.

When the surprise check was presented, David Loomis gaped at his wife, then spun his chair halfway around, speechless. Then both husband and wife wept.

They plan to use the money to pay off bills and perhaps make a down payment on a house, Beth Loomis told WBNS.