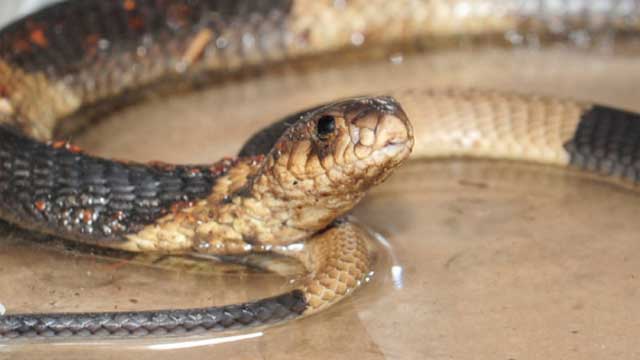 Okay, it's not officially "Snake Week" here at CNN, but it sure feels like it. Eyes have been glued to the story about the missing (and now found) snake at the Bronx Zoo and now, another snake story has emerged. Here are some of our favorite videos and interviews from our unofficial "Snake Week."

Scaly bathroom buddy? – One man got an unexpected, early morning surprise when he headed into his bathroom. Nestled on his heating vent was a coiled, three-foot boa constrictor.

How to catch a snake – CNN's Jeanne Moos finds out how many ways there are to catch a missing snake.