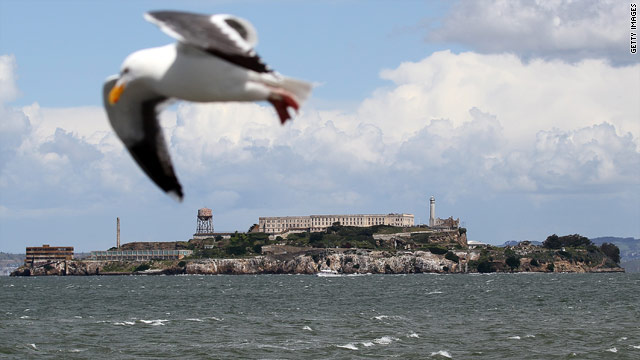 At 'The Rock,' getting in might be tougher than getting out

The difficulty at one of America’s most infamous prisons this weekend might be trying to get on the inside.

Alcatraz Island, in San Francisco Bay, will be closed to visitors if there is a government shutdown because it is run by the National Park Service.

Before it became a popular tourist destination, the federal prison at Alcatraz was home to the likes of criminals such as Al Capone, Robert "Birdman of Alcatraz" Stroud and George "Machine Gun" Kelly.

As of Thursday night, 3,000 people had booked tickets through Alcatraz Cruises, according to the ferry operator that transports people to the prison know as “The Rock.”

“We typically sell out on the weekend with 5,000 tickets a day at this time of year,” says Denise Rasmussen, director of sales and marketing for Alcatraz Cruises.

“We will be refunding tickets each day that the government is shutdown.”

Rasmussen says that the company is working on an alternative cruise plan around San Francisco Bay beginning Saturday if the prison grounds are shut down.