The United States and South Korea launched four missiles off the east coast of the Korean Peninsula on Wednesday moŌĆtwitter.com/i/web/status/1ŌĆ”wh

Trump asks the Supreme Court to intervene in the dispute over materials seized by the FBI in the Mar-a-Lago search. cnn.it/3fBcqPj

The tight US labor market started to show signs of loosening in August. The number of job openings dropped to 10.1ŌĆtwitter.com/i/web/status/1ŌĆ”RV

The 2022 award goes to a trio of experimental physicists for their pioneering work in quantum mechanics cnn.it/3BYcLDi

North Korea fired at least one ballistic missile that is believed to have flown over Japan, according to regional oŌĆtwitter.com/i/web/status/1ŌĆ”8l 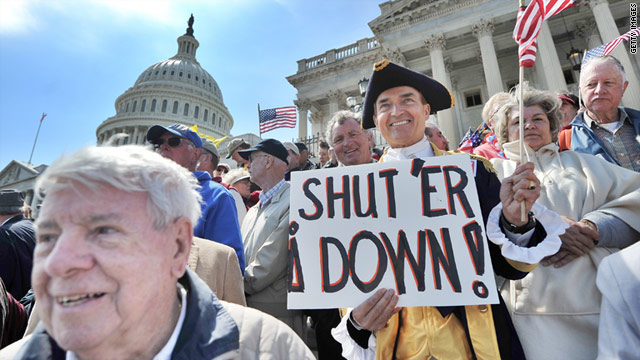 We posted an item here on Thursday on 10 things that could ruin your day if the government shuts down.

Which got us wondering: Is there a silver lining to a shutdown?

– Less traffic. Roads around federal office epicenters in every city would see a noticeable drop in motorists. ThatŌĆÖs a good thing. A new study by the Environmental Health Perspectives highlights the link between traffic pollution and brain damage.

– You wonŌĆÖt get audited. While the tax filing deadline is still April 18, a federal shutdown means you can stave off the bean counters ŌĆō people whose sole purpose is to get you to explain how that monthly Netflix subscription helps your home-based business - at least for a while.

– The White House gift shop will be closed. YIPPEE. You know that miniature flag-striped lapel that can pierce a small organ? We won't be seeing those or that commemorative snow globe your weekend-getaway co-worker erects at their cubicle. Freedom!

ŌĆō More fish to catch. In Arkansas, anglers will be able to go all out. The Norfolk National Fish Hatchery will release two weeks worth of rainbow and brown trout.

ŌĆ£This would be the week to fish,ŌĆØ Craig Eaton, project leader at the hatchery, told CNN Friday. ŌĆ£We normally release 10 to 14 deliveries a week,ŌĆØ Eaton said. Each delivery contains about 29,000 fish, he said. Do the math. That's a boatload of fish. Can you say reel deal?

– Bankruptcy deferred. About to go bankrupt? Not after Friday. Federal bankruptcy court will be running largely in name only. The online filing system will be up and running but federal buildings will likely be closed.

ŌĆō More electricity to go around. With average consumption larger than some states, Washington bureaucrats obviously don't know how to cut off the lights when they leave the office. A shutdown means less strain on the power grid.

Anything we forgot? What else can be considered an upside to the federal shutdown?

8:02 pm ET October 4, 2022 RETWEET
Trump asks the Supreme Court to intervene in the dispute over materials seized by the FBI in the Mar-a-Lago search. cnn.it/3fBcqPj
cnnbrk

11:09 am ET October 4, 2022 RETWEET
The tight US labor market started to show signs of loosening in August. The number of job openings dropped to 10.1ŌĆtwitter.com/i/web/status/1ŌĆ”RV
cnnbrk