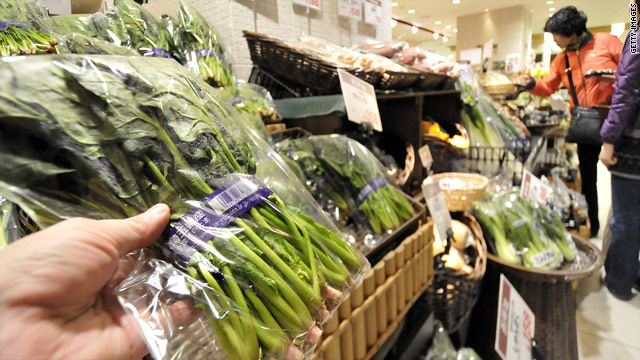 The Japanese government had ordered a halt to shipments of certain foods following abnormal radiation levels in products near the nuclear plant in Fukushima prefecture.
April 8th, 2011
05:39 AM ET

Japan's government has lifted restrictions on vegetables and milk from some parts of the country's north after inspections found radiation levels below legal limits for three straight weeks, a top government official announced Friday.

The move lifts a ban on spinach and kakina, another leafy green vegetable, from Gunma Prefecture, southwest of the quake-damaged Fukushima Daiichi nuclear power plant. Milk from the Aizu area of Fukushima Prefecture, inland from the plant, will also be allowed for sale, Chief Cabinet Secretary Yukio Edano told reporters.

"The level of radiation has stayed low for last three samplings," Edano said.