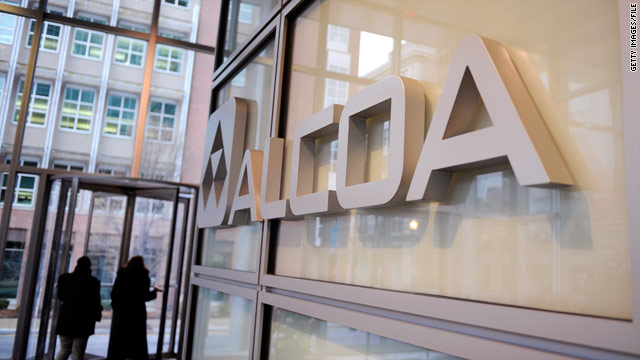 Investors cautious as they await earnings

Stocks under pressure ahead of earnings

U.S. stocks gave up an early advance and closed little changed Monday as investors looked ahead to corporate reports due throughout the week.

Stocks posted broad-based gains earlier in the session on a spate of deal news and a drop in oil prices following talk of a cease fire in Libya. But the tone turned more cautious in the afternoon, as investors were awaiting the early results of the first-quarter reporting period.

After the market closed, Alcoa said it earned 28 cents per share in the first quarter - its best quarterly profit in nearly three years -Â beating analysts' estimates by a penny.

The Federal Reserve's efforts to pump money into the U.S. economy are not to blame for the rise in oil and other commodity prices, according to the No. 2 official at the central bank.

Fed Vice Chairman Janet Yellen, in a speech to the Economic Club of New York Monday, said that rapid growth in demand by emerging economies such as China are driving up prices. And she argued that the Fed should not need to pull back on its stimulus efforts in order to rein in prices.

Yellen said the Fed's current program of buying up to $600 billion in additional long-term Treasuries and keeping its key interest rate near 0% "continues to be appropriate because unemployment remains elevated."

She added that measures of inflation are still lower than what the Fed usually considers to be stable for the long-term.