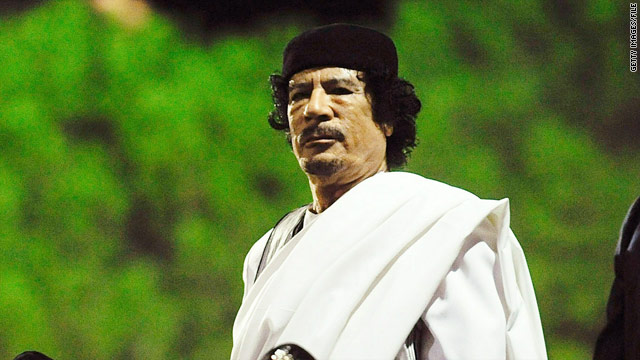 None of us was Gadhafi's lover, one of his nurses says

Libyan leader Moammar Gadhafi’s Ukrainian nurses lived well and traveled with him in style, but none of them ever was his lover, one of them told Newsweek after returning to her home country.

"The only time we ever touched him was to take his blood pressure,” said Oksana Balinskaya, who left Libya for Ukraine in early February, the month Libya’s civil war began, according to Newsweek partner The Daily Beast.

Balinskaya, who said she fled Libya because she was pregnant and believed Gadhafi wouldn’t approve of her Serbian boyfriend, told Newsweek Gadhafi "chose to hire only attractive Ukrainian women, most probably for our looks." She said she and other nurses would ensure the 68-year-old, who she said had the "heart rate and blood pressure of a much younger man," would take daily walks and get vaccinations.

Balinskaya also talked to Russian newspapers last week, saying that Gadhafi liked to eat Italian food and couscous with camel meat or mutton, and that he gave his nurses and other aides gold watches with his portrait on them, according to the New York Daily News.

One of Gadhafi's other Ukrainian nurses, Galyna Kolotnytska, gained notoriety in November after WikiLeaks released a cable from the U.S. Embassy in Tripoli describing Gadhafi’s almost obsessive reliance on her. The cable described Kolotnytska as a 38-year-old “voluptuous blonde,” and it touched on rumors of a romantic relationship.

Kolotnytska returned to Ukraine in late February and declined to talk to reporters.