The Biden administration is expected to form a task force to deal with the Microsoft hack linked to China, a US offŌĆtwitter.com/i/web/status/1ŌĆ”qZ

Former President Donald Trump says he plans to campaign against GOP Sen. Lisa Murkowski in Alaska next year when shŌĆtwitter.com/i/web/status/1ŌĆ”cZ

The Senate passes its massive Covid relief bill after an overnight session. It includes checks for many Americans aŌĆtwitter.com/i/web/status/1ŌĆ”WT 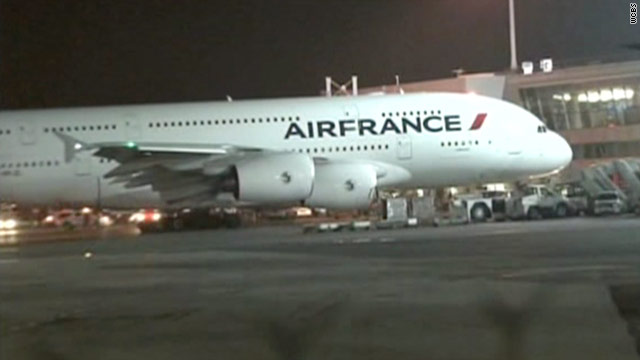 An Airbus 380 clipped a smaller plane while taxiing to the runway for takeoff from New York's John F. Kennedy International Airport, according to CNN's Jim Bittermann, who was on the Air France flight headed to Paris.

Bitterman said that he felt a slight rumble - akin to hitting a pothole - as his plane was moving on the ground Monday at about 8:15 p.m. The pilot then stopped the plane, and eventually fire department crews surrounded it and the other aircraft.

An Italian prosecutor on Saturday asked for life sentences for two American students charged with murdering a policŌĆtwitter.com/i/web/status/1ŌĆ”sS
cnni

8:55 pm ET March 6, 2021 RETWEET
CNN Hero Lynda Doughty nurses seals back to health and returns them to the oceanŌĆ” and she's been doing it for moretwitter.com/i/web/status/1ŌĆ”IV8b
cnni