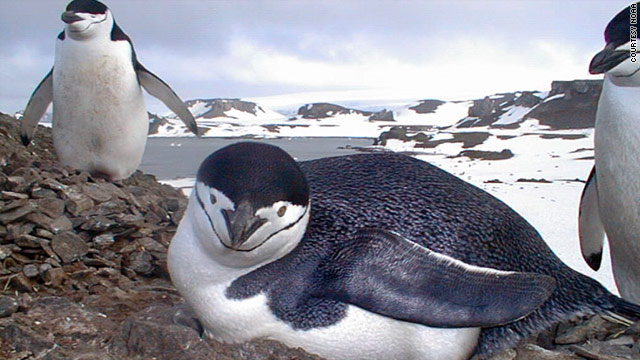 It seems like a children's book about penguins hatching a baby at the Central Park Zoo in New York would be a cute story for parents to read to their kids.

"And Tango Makes Three" is such a story, with one twist, the adult penguins are both male.

The book, written by Justin Richardson and Peter Parnell, has once again topped the American Library Association list of the 10 most frequently challenged books.

According to a news release from the ALA: "A challenge is defined as a formal, written complaint filed with a library or school requesting that a book or other material be restricted or removed because of its content or appropriateness."

"And Tango Makes Three" is based on a true story about two chinstrap penguins named Roy and Silo. Interestingly, Roy and Silo - after the book was published - split. Silo started hanging out with Scrappy, a female, according to the paper of record on this story, The New York Times. And Roy, the paper said, was just standing in a corner.

Author Justin Richardson told the Times in 2005, he was not broken up by the break-up, adding:

"We wrote the book to help parents teach children about same-sex parent families. It's no more an argument in favor of human gay relationships than it is a call for children to swallow their fish whole or sleep on rocks."

Still, the book was often publicly challenged for what some said were homosexual undertones. others have said it is inappropriate for children. The book topped the complaint list in 2007, 2008 and 2009.

Last year, it was second on the list behind Lauren Myracle's series that includes "ttyl," "ttfn," "l8r" and "g8r."

The list is based on about 400 to 550 complaints a year compiled by the Office for Intellectual Freedom.

The No. 2 book this year was "The Absolutely True Diary of a Part-Time Indian," a young adults book of fiction based on the real-life experiences of author Sherman Alexie at a predominantly white high school.

Four books including "Catcher in the Rye" and "To Kill a Mockingbird" did not make the list this year.

The list is part of the library association's The State of America's Libraries report.