A cyberattack forced Colonial Pipeline, the operator of one of the US' largest pipelines, to temporarily suspend op‚Ätwitter.com/i/web/status/1‚Ä¶oU 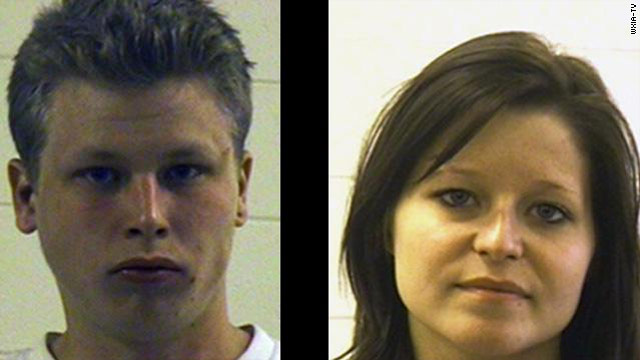 A man and a woman have been arrested in connection with the robbery of a lemonade stand that was raising money for a child's medical treatment.

Chelsea Edwards, 13, and two of her friends were selling lemonade to raise money for the care of her 2-year-old cousin, Logan Varnadoe, CNN affiliate WXIA reported.

Logan has had multiple surgeries for an intestinal disorder and was born with part of his brain missing, according to WXIA. He and his parents are to be flown soon from Georgia to Cincinnati for advanced treatment. The lemonade sales were meant to defray the cost.

But on Saturday, Chelsea said a man and woman approached her lemonade stand and asked how much the lemonade cost.

"The man bent down and seen the money jar, and he grabbed it," the seventh-grader told WMAZ. She said the jar contained about $130.

Chelsea said the man jumped into a car and sped off, leaving the woman behind.

"My granddaughter was lying on the ground crying, devastated," Logan and Chelsea's grandmother Judy Bailey told WXIA. "She's been really having a hard time at night, the last two nights. I said, 'It's going to be OK. We're going to get there. One way or another, we're going to get to Cincinnati, all of us. Don't you worry.' "

The lemonade stand wasn't the only source of funds for Logan's care. Donations also are accepted through a website, and neighbors and others have chipped in to replace the stolen money.

Both suspects remain in custody, pending initial court appearances Thursday, Houston County Sheriff's Investigator Slate Simons said. Turner has not requested a lawyer, Simons said; neither he nor the district attorney's office knew whether Umbarger had a lawyer. CNN was not permitted to speak with the suspects directly.