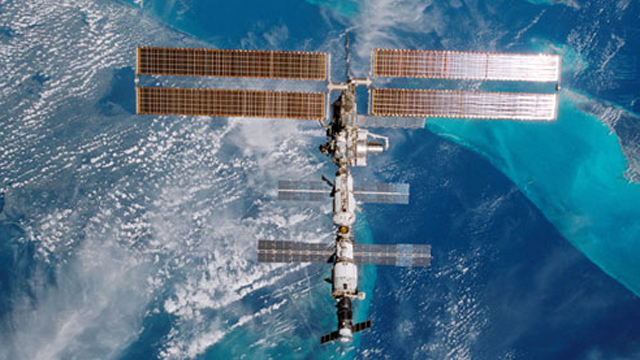 These videos are sure to put you in a spacey mood. Today's Gotta Watch recognizes the 50th anniversary of the first manned space flight. Be it jamming out with a rock legend from above the atmosphere or watching 133 shuttle launches in 133 seconds, these videos should feed your need speed and expand your knowledge of the cosmos.

Man's first space flight – It was an amazing feat, and in the battle that was the space race, the former Soviet Union landed a powerful punch when it successfully launched the first manned space flight. Watch cosmonaut Yuri Gagarin make the first-ever orbit of Earth and ignite the race to the first moon landing.

Making music from above – It's a new take on the idea of musical collaboration. Astronaut Cady Coleman makes history by playing the first ever space-Earth flute duet with Ian Anderson of Jethro Tull.

Super shuttle shuffle – Watch all of the shuttle launches at the speed of light. Well, it's not quite that fast, but you'll see 133 launches in less than two and a half minutes.

Columbia takes flight - It was the beginning of an era. Thirty years ago today the nation's shuttle program began with its first flight.

"I just love them and I want them to know that" A good Samaritan decided to use the $900 he'd been saving to buy gâ€twitter.com/i/web/status/1â€¦Yx
cnni

6:01 am ET April 5, 2020 RETWEET
Even in times of crisis, art thieves have kept busy: A painting by Vincent van Gogh was stolen during an overnightâ€twitter.com/i/web/status/1â€¦U5
cnni