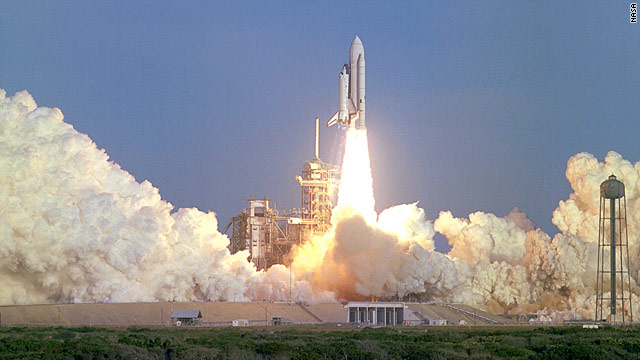 More than 20 locations around the country had vied to call the retiring orbiters their home.

Space shuttle Discovery will go to the Smithsonian National Air and Space Museum's Steven F. Udvar-Hazy Center inÂ Chantilly, Virginia, outside Washington. Discovery's last mission ended March 9. The shuttle is undergoing a decommissioning process in which all toxic materials are removed and the orbiter is prepared for display.

Currently on display at the Udvar-Hazy Center is the Enterprise, the prototype shuttle built but never flown in space. Enterprise was used to fly approach and landing tests and also for vibration tests on the ground. It will eventually go to the Intrepid Sea, AirÂ & Space Museum in New York.

Atlantis will go to the Kennedy Space Center Visitor Complex in Florida. Atlantis' last flight is scheduled for June 28.

Endeavour, NASA's youngest orbiter, will go to California Science Center in Los Angeles. Endeavour's last flight, which is scheduled for April 29, will be commanded by Mark Kelly. His wife, U.S. Rep. Gabrielle Giffords, was severely injured in a mass shooting in January in Tucson, Arizona, but she reportedly has said she hopes to attend the launch.

Space shuttles Challenger and Columbia and their crews were lost in service in 1986 and 2003, respectively.

Tuesday's announcement by NASA Administrator Charles F. Bolden Jr. comes on the 50th anniversary of Soviet cosmonaut Yuri Gagarin's historic flight as the firstÂ human in space and the 30th anniversary of the first shuttle flight.