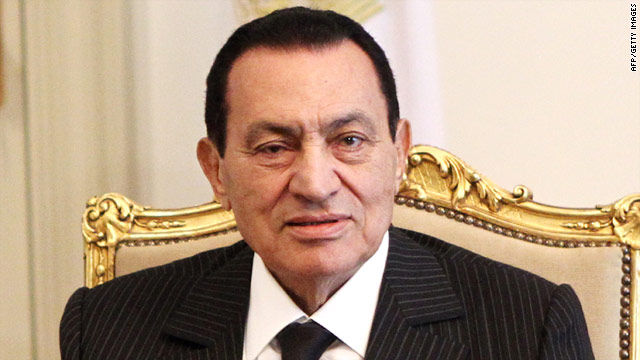 [Updated at 6:09 p.m. ET] Former Egyptian President Hosni Mubarak was admitted to a hospital Tuesday after complaining to his doctor that he felt unwell, according to a spokesman for the Egyptian military.

A military source said Mubarak's condition was stable, not critical, and that his wife and elder son were with him.

Egyptian state television reported Mubarak suffered a heart attack during questioning over possible corruption charges. When contacted by CNN, however, the prosecutor's office denied any reports Mubarak had been questioned by authorities Tuesday.