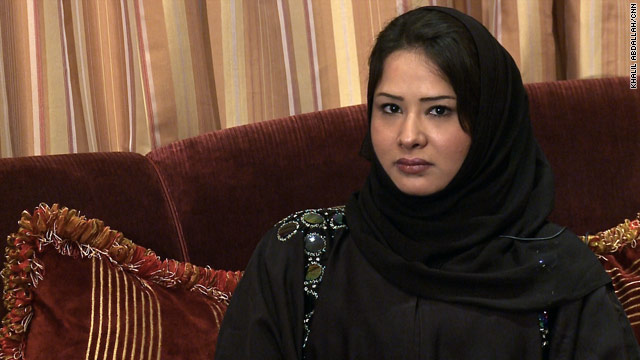 Eman al-Obeidy was introduced to audiences worldwide in late March when she burst into a Tripoli hotel, screaming to international journalists staying there that she had been held against her will for two days and raped by soldiers working for Libyan leader Moammar Gadhafi. Since then, she has become a voice of a movement against Gadhafi's four-decade rule as his opponents continue to battle his supporters in a bloody civil war. Facebook pages and Twitter feeds from around the world have continually paid tribute to al-Obeidy and made her a rallying cry for revolution. Her story has also prompted worldwide discussion about rape as a weapon of war.

CNN has constantly covered developments in her story, which has taken many turns in the past few weeks. After she was dragged away from the hotel, Libyan officials promised that al-Obeidy would be treated at a hospital and released, but her family members said they had not heard from her. Her mother vowed to stand behind her, and a concerned cousin told CNN shortly after the hotel incident that al-Obeidy hailed from an opposition stronghold. The cousin said that on the video, al-Obeidy didn't "look like herself" and that she was afraid of what Gadhafi's people would do to her.

Though the Libyan government asked CNN not to talk to al-Obeidy, correspondent Nic Robertson was able to sit down with her April 7 for her first on-air interview. She described being kidnapped by drunken men, taken to a residence, tortured, raped, beaten and tied up. She said the men sodomized her with their weapons and poured alcohol into her eyes. Instead of being horrified that this happened, many Libyans criticized her for shaming herself by showing her bruised wrists and legs to the journalists at the hotel. Al-Obeidy was undeterred. "Let the world know what's happening" in Libya, she told Robertson.

This week, al-Obeidy told Anderson Cooper that she fears for her life and has not been allowed, as Gadhafi's son promised her, to leave Tripoli and return to her home in the east. Prosecutors who are supposed to help her are refusing to talk with her, she said. She even saw one of her attackers on the street last week during a rare occasion when she had the courage to go outside. "He was not scared, meaning he knows he will not be detained," she told Cooper.

At that moment, she said, she felt overwhelmed. "There was pain and fear because he was circling ... meaning he could confront me at any moment and kill me."

The man is a relative of a public official in Gadhafi's circle, she said. "They are in a war, so they need all the members of the family to be united."

Dinosaurs were doing well and could have continued to dominate Planet Earth if they had not been wiped out by an asâ€twitter.com/i/web/status/1â€¦Ez
cnni

6:45 pm ET November 27, 2020 RETWEET
A new map by Japanese space experts suggests the black hole at the center of our galaxy is located 25,800 light-yeaâ€twitter.com/i/web/status/1â€¦w4
cnni