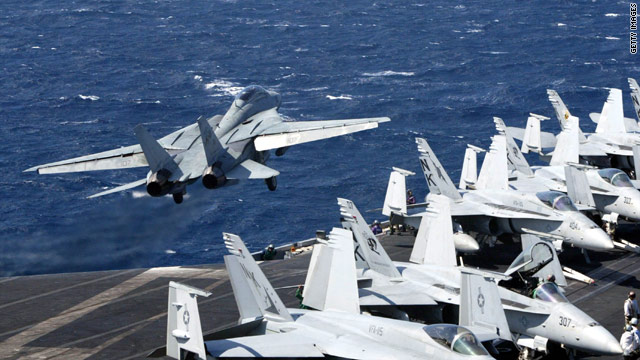 The world's governments shelled out $1.63 trillion in military spending last year, a 1.3% increase over 2009, according to a Swedish institute.

The United States accounted for nearly all of the increase, but the Stockholm International Peace Research Institute noted sharp increases by South American and African countries as well.

By virtually every measure, U.S. military spending, which rose 2.8%, leaves every other nation in the dust. The $698 billion it spent accounted for 43% of all the military spending in the world and was six times the amount expended by the No. 2 country, China. Military spending amounted to 4.8% of U.S. gross domestic product, compared to the world average of 2.6%.

"These figures suggest that the USA continues to prioritize maintaining its overwhelming military power as the basis of its security and status," the institute's report said.

The 5.8% rise in spending in South America resulted from two main sources, the institute said: relative economic prosperity across the continent and a push by Brazil to assert itself as a world player.

"This continuing increase in South America is surprising given the lack of real military threats to most states and the existence of more pressing social needs," Carina Solmirano, the institute's Latin American specialist, told the British newspaper The Guardian.

Colombia also increased its spending to deal with ongoing internal security threats, but Venezuela slashed its military expenditures by more than 27%, according to the report.

A 5.2% expansion in arms spending in Africa was led by Angola, whose military budget grew by 19%. Accounting for the rest of the continent's increase were Algeria, Morocco and Nigeria, while South Africa pulled back slightly, the institute reported.

The institute noted that estimates for Africa are uncertain due to missing data for some countries, most notably Sudan, Libya and Eritrea.

The economic crisis that began in 2008 caught up with European nations' defense budgets in 2010, as arms expenditures on the continent fell 2.8%.

The institute describes itself as an independent international body dedicated to research into conflict, armaments, arms control and disarmament. It is largely funded by an annual grant from the Swedish government.