The man who organized a flight that crashed, killing soccer player Emiliano Sala and a pilot in 2019, has been foun‚Ätwitter.com/i/web/status/1‚Ä¶5k

Facebook announces a new corporate name, part of a rebranding and shift in strategy after intense criticism of the‚Ätwitter.com/i/web/status/1‚Ä¶bq

Families of the nine people killed in the Charleston church massacre reached a settlement with the US government ov‚Ätwitter.com/i/web/status/1‚Ä¶uH

Watch live: President Biden addresses the nation after meeting with Democrats over a pared-down version of his $1.7‚Ätwitter.com/i/web/status/1‚Ä¶ED

The US economy grew at an annualized rate of 2% in the third quarter, far lower than what economists predicted, as‚Ätwitter.com/i/web/status/1‚Ä¶UW 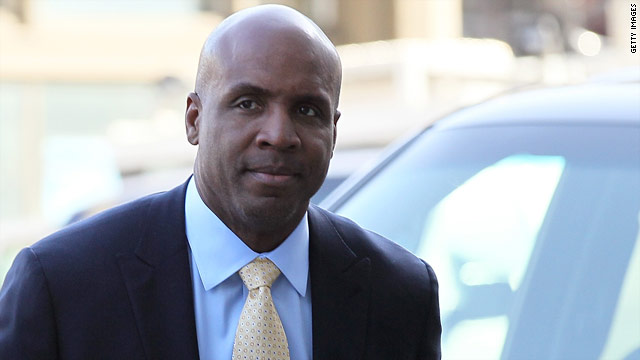 The 12 jurors have had three full days of deliberations on perjury and obstruction of justice charges the federal government brought against Bonds, alleging he lied to a federal grand jury in 2003 about knowingly taking anabolic steroids and getting injections from anyone but his doctors.

Defense lawyers argued that prosecutors essentially entrapped Bonds with their questioning in December 2003, before the federal grand jury investigating the illegal distribution of performance-enhancing drugs to athletes.

Bonds, 46, is on trial for in a San Francisco federal court for three perjury counts and one count of obstruction of justice, each carrying a 10-year prison sentence upon conviction. Prosecutors dropped a fourth perjury charge last week.

Deficit reduction: President Barack Obama will outline his plan for reducing the nation's long-term deficits in an afternoon speech at George Washington University in the nation's capital.

The president is scheduled to speak at 1:30 p.m. after meeting at the White House in the morning with congressional leaders.

The speech is a response to a Republican budget plan for the next fiscal year released last week by House Budget Committee Chairman Paul Ryan, R-Wisconsin, that would overhaul the Medicare and Medicaid government health care programs for the elderly while reforming the tax code to lower rates and eliminate loopholes.

A delegation from the United Nations, including Secretary-General Ban Ki-moon, will attend the first meeting of the Libya Contact Group in the Qatari capital of Doha. The group also includes officials from the European Union, the Arab League, NATO, the African Union and several countries. Members from the Libyan opposition's Transitional National Council will appear before the group.

Activision Blizzard CEO Bobby Kotick has asked the company's board to slash his pay to the "lowest amount Californi‚Ätwitter.com/i/web/status/1‚Ä¶kO
cnni

5:29 pm ET October 28, 2021 RETWEET
As families across the US deal with wide ranging impacts of the congested supply chain ‚Äî from delayed furniture totwitter.com/i/web/status/1‚Ä¶3uv8
cnni

5:01 pm ET October 28, 2021 RETWEET
Native groups and advocates are demanding that the Atlanta Braves eliminate the "Tomahawk chop" from its branding a‚Ätwitter.com/i/web/status/1‚Ä¶qU
cnni