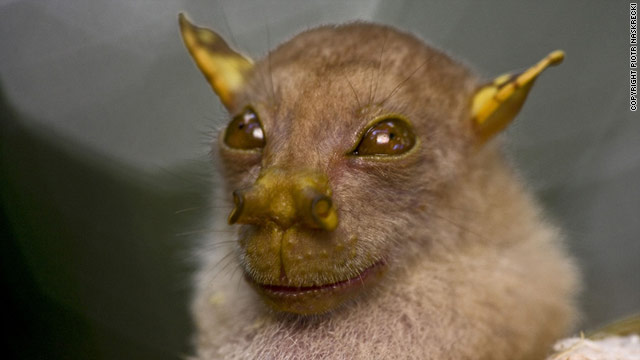 From a bat christened "Yoda" to frogs with inflating noses dubbed "Pinocchio," Conservation International's Rapid Assessment Program has discovered many bizarre new species in the world's most remote regions. The group aims to promote and protect biodiversity.

To celebrate two decades of the program, Conservation International is publishing "Still Counting..." a book charting its history and showcasing several of its greatest finds. The program has completed 80 surveys in 27 countries, scouring land, sea and freshwater sites in search of new species.

Louise Emmons is an adjunct scientist at the Smithsonian Institute in Washington. She traveled on 14 Rapid Assessment Program expeditions between 1990 and 1998. "Our first expedition was to Madidi in Bolivia, and that was immediately made into a huge national park, one of the largest in South America," she said. "And after that, an even greater biodiversity was discovered in the mountains that were linked to part of it."