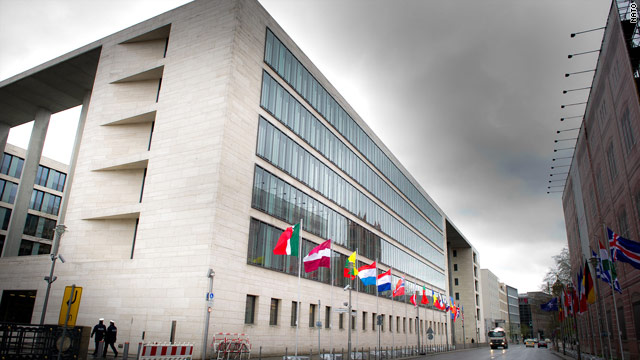 NATO meetings: Foreign ministers from NATO's 28 member nations begin a two-day meeting in Berlin, Germany on Thursday with the alliance's military operations over Libya expected to be the first topic of discussions.

The 28 member states and six partner countries are enforcing United Nations Security Council Resolution 1973, which calls for protection of civilians in the war between Libyan rebels and the regime of Moammar Gadhafi. NATO is enforcing a no-fly zone and arms embargo on Libya while conducting airstrikes on Gadhafi's forces.

Next on NATO's agenda will be discussions on Afghanistan, where NATO leads the International Security Assistance Force. Talks will focus on the alliance's role in Afghanistan after combat operations end, currently planned for 2014.

On Friday, NATO ministers plan sessions on partnerships and relations with the European Union, Georgia, Ukraine and Russia.

Severe weather: It could be a rough day for weather across the country Thursday. Severe thunderstorms are forecast for areas of the south central U.S. Thursday and could bring strong tornadoes to parts of Tennessee, Mississippi and Alabama by Friday, the National Weather Service reports.

Meanwhile, the fire threat remains high in the central and southern Rockies and the High Plains, forecasters say. Fires destroyed 100 homes and buildings in Texas earlier this week.

L.A. Dodgers security: The Los Angeles Dodgers return to Dodger Stadium on Thursday to play the St. Louis Cardinals in their first home game with new security measures enacted after the beating of a San Francisco Giants fan on March 31.

"On Thursday the fans and the community will see a significant change in terms of the security profile at Dodger Stadium," Andrew Neiman, a spokesman for the Los Angeles Police Department, told ESPN.

The Dodgers are paying for additional police at the stadium and adding lighting in parking areas. A press conference with officials from the Dodgers and LAPD is planned for 4 p.m. PT Thursday to discuss security measuares.

On Wednesday, the team announced it will not go through with a half-price alcohol promotion planned for six games this season, ESPN reported.

Bryan Stow, 42, the victims of the March 31 beating, remains in a medically induced coma.