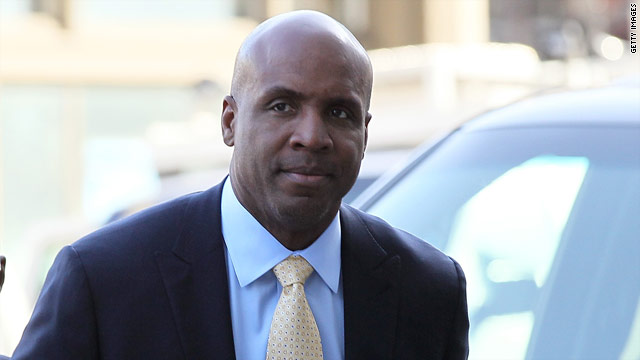 Lawyers will be back in court on May 20 to debate whether Barry Bonds should be retried on the perjury counts.
April 14th, 2011
04:26 PM ET

SI.com: Was the Bonds prosecution worth it?

After 16 days of testimony and deliberations, the Barry Bonds trial saga ended in the most anticlimactic of ways, with no clear winner emerging from the courtroom. Assigned to determined whether the legendary ball player had lied before the BALCO grand jury in 2003 and had given false testimony, jurors were unable to reach a conclusion, deadlocking Wednesday on three perjury counts.

The jury did find Bonds guilty of one count of obstruction of justice, a charge that alleged he Â avoided answering certain questions. But was this small victory for the prosecution - one that may not require jail time for the eight-time Golden Glove winner - enough to justify spending millions of taxpayer dollars? Was the prospect of key prosecution witness Greg Anderson refusing to testify insignificant enough to pursue the charges against Bonds anyway? SI.com's George Dohrmann isn't so sure:

"Bonds wasn't the only one who crossed a line. The government knew long ago that Anderson would not testify and chose to prosecute Bonds anyway," Dohrmann writes. "For some, that stands as the greater injustice. The time and taxpayer dollars spent pursuing Bonds could have been spent more wisely given that Bonds is unlikely to spend more than a few months in prison, if any at all. (No sentencing date was announced; the defense is likely to appeal the verdict.) Sure, the publicity from his case might serve as a warning to others who consider lying before a grand jury, but a public-service announcement during, say, a Super Bowl broadcast, would have cost less and been far more effective."

For baseball fans, this is far from the last courtroom drama to play out. Roger Clemensâ€™ trial on charges he lied before Congress is slated for a July start and will surely attract the same amount of attention that Bonds' case did.

Montreal Canadiens vs. Boston Bruins (7 p.m. ET) - Montreal and Boston will square off Thursday at TD Garden in a battle between goalies Tim Thomas and Carey Price.

32 - Number of saves Penguins' goalie Marc-Andre Fleury made during Pittsburgh's 3-0 victory against the Tampa Bay Lightning.

$100,000 - Amount Kobe Bryant was fined for an anti-gay slur he directed toward a referee during the Lakers' game against the Spurs on Tuesday night. Bryant later apologized for his outburst.