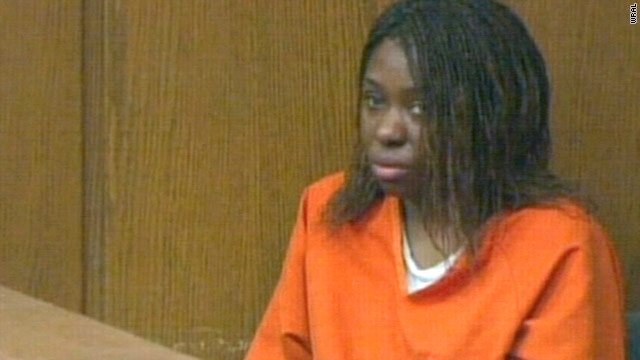 In 2006, she was at the center of a national scandal when she falsely accused three Duke University Lacrosse players of raping her. Last week, Mangum, 32, was arrested and accused of assault after she reportedly stabbed her 46-year-old boyfriend during a domestic dispute, WRAL.com reports. Reginald Daye died Wednesday as a result of his injuries, and now, police say they are considering upgrading the charge against Mangum. She is being held on $300,000 bail in a Durham, North Carolina, jail. Last year, Mangum faced numerous charges, including assault, child abuse, resisting arrest and a dismissed charge of arson, WRAL reported.

The retired co-host of the PBS News Hour will return to the program for the first time in 10 years Monday, offering a six-part report on autism. "Autism Today" will debut with a story about MacNeil's daughter and her 6-year-old son, who was diagnosed about four years ago. The remainder of the series will address the prevalence of autism (one and 110 children are diagnosed with the disorder, MacNeil said); causes; treatment; and public policy issues. Treatment falls mainly on the public education system, which is required  to offer free services to autistic children, MacNeil said in a recent interview. That demand is very burdensome now, but what's going to happen when "a huge cohort of American teenagers with autism" hits the social services system? MacNeil asked. "I've learned how amazingly complex this issue is, and how, despite the surge in research and a lot of fascinating things that have been found, science is grappling with, and coming up with, pieces of answers but no simple answer."

When he was a ballet dancer in the 1970s, Li made international headlines by defecting to the U.S. and losing his Chinese citizenship in the process. Now retired and working as a stockbroker in Australia, Li is in the U.S. on a speaking tour, and he's promoting the DVD release of the 2009 film that dramatized his life. "Mao's Last Dancer," directed by Bruce Beresford, had a small release in theaters in the U.S. in 2009, but it's one of the highest-grossing films in Australia, and pirated copies are selling quickly on China's black market. In an interview with The Washington Times, Li said he still travels to China on business and has noticed a decrease in personal and artistic freedom, particularly since the 2008 Olympic Games in Beijing. "I think in recent years, it's fair to say that the control has become tighter ... not only in the film industry ... but also in overall media," he said.