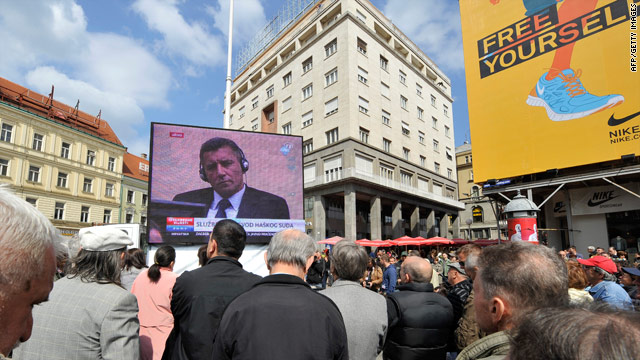 The International Criminal Court for the former Yugoslavia announced Friday that it had convicted two Croatian generals of war crimes and crimes against humanity.

Ante Gotovina, who commanded Croatia's Split military district during the mid-1990s war that led to the disintegration of Yugoslavia, was sentenced to 24 years in prison.

A third general, Ivan Cermak, was acquitted of all charges and ordered released as soon as possible.

Gotovina and Markac participated in an ethnic cleansing operation in Croatia's Krajina region between July and September 1995, the court found. Under the leadership of Croatian President Franjo Tudjman, the generals and others attempted to clear the Krajina of ethnic Serbs and repopulate it with Croats, the court said.

Tudjman, who died in 1999, never was officially charged with any crime.

The trial in The Hague, Netherlands, started in March 2008 and involved 145 witnesses and 4,819 evidence exhibits, the court said.

The verdict was greeted by boos and hisses from crowds gathered in the central square of Croatia's capital, Zagreb, the BBC reported. The generals are regarded by some as national heroes.