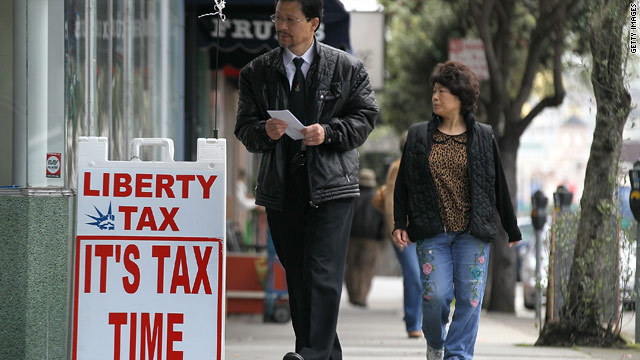 Taxes can wait: It is April 15, the usual deadline to file federal tax returns. But if you haven't filed your return for 2010 yet, don't stress it today.

You have until Monday to get your return in.

CNNMoney reports that the later deadline comes because tomorrow is Emancipation Day in Washington, D.C. But as the holiday falls on a Saturday, it is being celebrated today. And because tax filing deadlines can't be on holidays or weekends, taxpayers get the extra filing time.

The holiday celebrates the freeing of the slaves in the nation's capital.

More tornadoes possible: Severe weather, including tornadoes, will be a possibility across northern Mississippi and Alabama and into central Tennessee on Friday afternoon.

The storm system will then press forward into Georgia and the Carolinas overnight Friday and into Saturday morning. The forecast from the National Weather Service says the primary threat in those states will be damaging thunderstorm winds, but there also will be the possibility of isolated tornadoes.

Two deaths were reported overnight in the southeast Oklahoma town of Tushka, where the state Department of Emergency Management said a "relatively large" tornado sliced through the area. Two other fatalities were reported in western Garland County in Arkansas early Friday after a tree fell on a house, the sheriff's office said.

The measure cuts $38.5 billion in spending while funding the government for the rest of the current fiscal year, which ends September 30.

The House and Senate passed the deal on Thursday.