RT @CNN: A Memphis police officer admitted taking two photos of the brutally beaten Tyre Nichols and sharing one image with others, recordsā¦

Authorities in Quebec said two children have died and six others were taken to area hospitals with injuries after aātwitter.com/i/web/status/1ā¦On

Ukrainian President Zelensky is visiting the UK today for the first time since Russia's invasion of Ukraine, Downinātwitter.com/i/web/status/1ā¦wz

RT @CNN: President Biden is delivering his second State of the Union address. It will be his first in a split government, with the House coā¦

Boehner, along with other members of Congress and Assistant U.S. Secretary of State Jeffrey Feltman, met at al-Maliki'soffice to discuss bilateral relations and the future of strategic cooperation between the two countries.

Al-Maliki stressed the need to strengthen bilateral cooperation between the United States and Iraq, particularly in the fields of trade, culture and defense, according to his office.

Police are conducting an extensive search of the area near Gilgo Beach and Ocean Parkway on Long Island after finding human remains this month.
April 16th, 2011
05:55 PM ET

Searchers race against nature for clues to Long Island killings

On this cold, wind-whipped, rainy spring day, I can tell you one thing about this place: The barrier islands, facing the Atlantic on one side and Great South Bay to the north, are inhospitable and uninviting. But it's the best time of year for investigators searching for more victims.

That's because the twisted, prickly, thorny brush - beautiful in its own way - is beginning to bud. And that's bad if you're trying to find clues in a possible killing spree. Once everything blooms, police say it will be next to impossible to get in the scrub and hack away to find anything.

Even search dogs trained to handle difficult situations are balking.

A few feet into the brush from a beachside road, things can be easily lost or hidden. You could see how anyone, even an alleged killer, might choose to use the area as a dumping ground.

Police have identified the remains of Melissa Barthelemy, 24, Maureen Brainard-Barnes, 25, Amber Lynn Costello, 27, and Megan Waterman, 22 near Oak Beach, New York, in recent weeks. Their efforts are part of a probe into suspected serial killings that have turned up at least eight bodies - four of them identified as prostitutes - since December 2010. The grisly finds occurred as police searched for Shannan Gilbert, 24, who was last seen alive in May in the Gilgo Beach area.

Detectives and divers are taking a short break this weekend but will resume their work next week. Theyāll be back in the water looking for clues. The FBI expects to put a helicopter back in the air for more high-tech aerial imagery.

Around here, residents are watching and waiting to see what happens next. Rumors are rampant about who might be involved, with some speculating that a member of the community might be invoved. Some people are frightened; others aren't.

Among those taking extra precautions are prostitutes.

Four of the eight victims identified so far were women who advertised their services on Craigslist. I talked with some women who continue to work this area of Long Island. Some are now carrying weapons. Mainly, they're trying to to take a friend along to make sure when they meet with a client, they leave the client.

One shrugged off any risk. "Hey, we know what we're doing when we take this job."

Watch: Inside the mind of a serial killer

Why is the case grabbing so much attention as far away as Germany? Maybe it's because of the taint. Human remains are being recovered from a long stretch of beach brush in a place where people like to live and vacation.

"Itās just a beautiful place," one detective told me. "This area seems damaged right now because of the bodies that have turned up."

Who are the other victims who have yet to be identified? Are they connected to the first four?

"Please keep in mind this isnāt an episode of CSI." 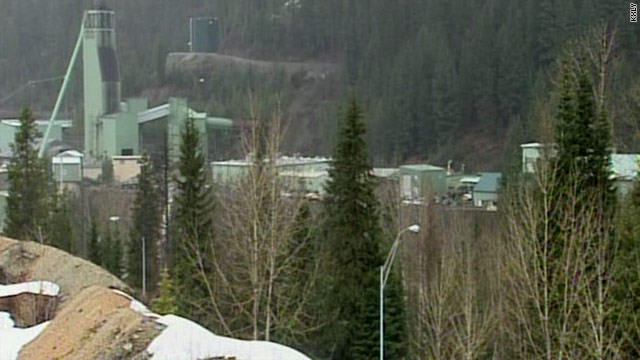 Official: Man trapped after roof of Idaho mine collapses 75 feet

The roof of a northeast Idaho mine collapsed Friday, trapping a man inside and setting off a complex rescue operation to save him, the mine's owner and operator said Saturday.

The miner was one of two men working in part of the Lucky Friday mine when a 10-foot by 20-foot section of earth fell about 75 feet on him around 5:30 p.m. Friday, according to Phil Baker, the president and CEO of the Hecla Mining Company.

While the other man was able to get out unharmed, the trapped miner hasn't been heard from since.

"We're doing everything we can to reach the employee and will continue to make every effort, as long as it takes," said Baker, whose company has owned and operated the mine outside Mullan since 1958. "We are going to bring him out - that is what we're working toward right now." 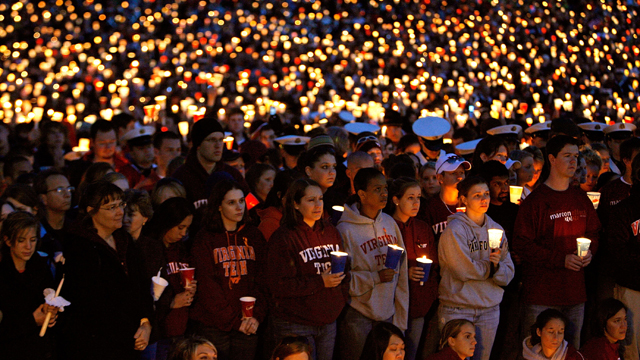 Remembering the Virginia Tech shootings - During the early morning hours of April 16, 2007, Cho Seung-Hui went on a shooting rampage that left 32 of his fellow students dead. The tragedy shook the campus of Virginia Tech and raised questions as to whether school officials reacted quickly enough. CNN's Brian Todd recounts the first moments of the shootings.

END_OF_DOCUMENT_TOKEN_TO_BE_REPLACED 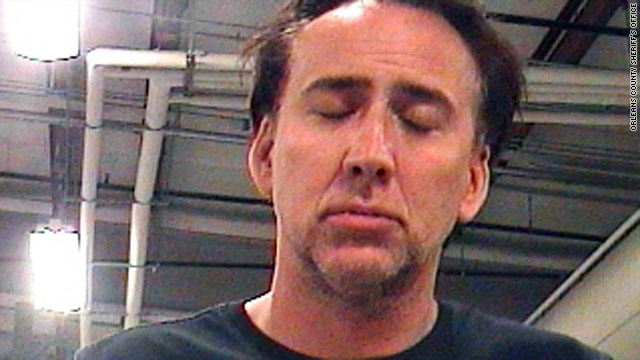 In light of her bonkers new movie āCocaine Bear,ā Elizabeth Banks has shared how difficult it was to convince sotwitter.com/i/web/status/1ā¦n8P9aE
cnni

4:17 pm ET February 8, 2023 RETWEET
Googleās much-hyped new AI chatbot tool Bard, which has yet to be released to the public, is already being called otwitter.com/i/web/status/1ā¦5sUT
cnni

In light of her bonkers new movie āCocaine Bear,ā Elizabeth Banks has shared how difficult it was to convince sotwitter.com/i/web/status/1ā¦n8P9aE
cnni

4:17 pm ET February 8, 2023 RETWEET
Googleās much-hyped new AI chatbot tool Bard, which has yet to be released to the public, is already being called otwitter.com/i/web/status/1ā¦5sUT
cnni

12:55 pm ET February 8, 2023 RETWEET
Authorities in Quebec said two children have died and six others were taken to area hospitals with injuries after aātwitter.com/i/web/status/1ā¦On
cnnbrk

10:19 am ET February 8, 2023 RETWEET
Ukrainian President Zelensky is visiting the UK today for the first time since Russia's invasion of Ukraine, Downinātwitter.com/i/web/status/1ā¦wz
cnnbrk