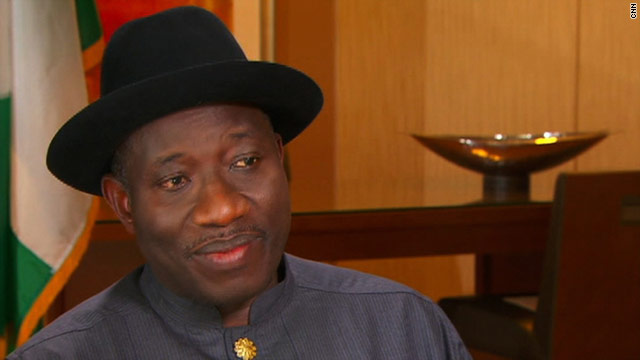 Incumbent Goodluck Jonathan is the winner of the presidential election in Nigeria, the chairman of Nigeria's Independent National Electoral Commission declared Monday.

"Goodluck E. Jonathan of PDP, having satisfied the requirements of the law and scored the highest number of votes, is hereby declared the winner," Chairman Attahiru Jega said.

In addition, Jonathan won the needed 25% of the vote in two-thirds of the states plus Abuja, the capital.

Only the PDP certified the results by signing them; representatives of the other parties refused to do so.

While TikTok's future remains uncertain, there's no denying the cultural impact the app has already made. Here's aŌĆtwitter.com/i/web/status/1ŌĆ”Z6
cnni

7:01 pm ET August 9, 2020 RETWEET
Dozens of people have been barred from flying on Delta airplanes for refusing to comply with the airline industry'sŌĆtwitter.com/i/web/status/1ŌĆ”d4
cnni