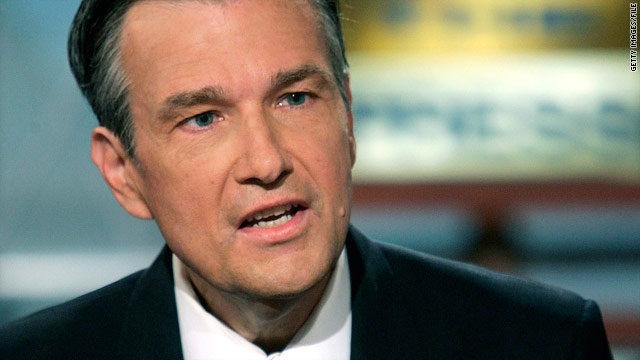 Douglas Kmiec
The U.S. ambassador to Malta and former legal aide to President Ronald Reagan resigned Saturday following a State Department report that his devotion to his religion was hindering his ability to do his job. In 2008, Kmiec, a devout Catholic, was publicly denied communion from his own priest for his support of Barack Obama in the2008 presidential election. Kmiec told CNN that he resigned, and was not pushed out of his position.

Cherri Foytlin
The Rand, Louisiana, mother of six, who is married to a Gulf oil worker, will protest at BP's Washington offices today to call attention to unresolved cleanup and compensation issues in that region from the 2010 oil spill. Foytlin walked 34 days and 1,243 miles from New Orleans to the capital last week, the New Orleans Times-Picayune reported. She claims that oil continues to wash ashore and Gulf residents are suffering from breathing in fumes from oil and dispersants. Her family took blood tests which she says show high levels toxins also found in crude, the New Orleans newspaper said. The compensation fund is not providing fair settlements to many Gulf residents, Foytlin said, and her family is in financial ruin. See CNN's coverage of the Gulf oil spill, one year later.

Frank Rich
The former New York Times columnist shocked many when he resigned earlier this year from the newspaper. The Poynter Institute, a journalism think-tank, as well as New York Magazine, report that Rich has launched a second career as producer of the upcoming HBO comedy series "Veep." The program about the first female vice president will star Julia Louis-Dreyfus of "Seinfeld" fame.