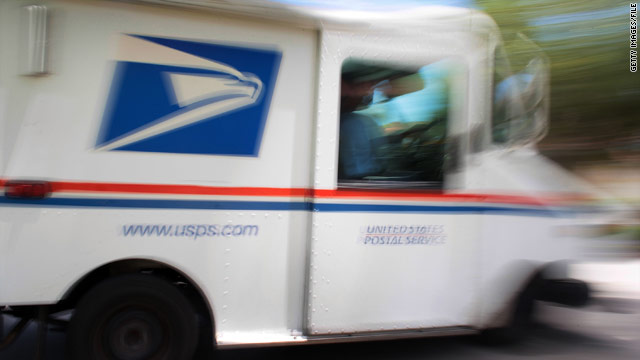 The community's 21,000 residents are predominantly Seventh-day Adventists, who observe the Sabbath on Saturday. For 81 years the post office went along, giving Loma Linda on Sundays the mail delivery that almost all of the country gets on Saturdays, according to local media reports.

But costs and technology are forcing an end to Sunday delivery, according to a report in The Press-Enterprise newspaper.

Carrier supervisor Duane Hubbard told the paper that the postal service's computers don't recognize Sunday as a workday, meaning the local office is unable to communicate with any other agency offices then.

Postal Service spokeswoman Eva Jackson told the Redlands Daily Facts that the Sunday schedule, included the extra pay carriers make for working Sundays, in addition to the agency's costs in a time of tight budgets.

"We're looking at everything right now, every way to reduce cost and still provide service," Jackson told the Daily Facts.

The move has angered some residents.

"It's an attack on God," resident Evangelina Pellecer told the Daily Facts. "My husband says he's going to put a cover over our mailbox saying, `Don't deliver on Saturday.' ... If they're delivering my mail, for me, they're violating my right not to do work on the Sabbath."

Informed by her carrier on Sunday that she'd get her mail on Saturdays from now on, resident Galina Rudenko was unhappy.

"Nobody works on Saturday," the Press-Enterprise quoted her as saying.

And some wanted to keep things that way, even if it meant no weekend mail service at all.

"Get rid of (Saturdays and) Sundays - we'll wait a day for our junk mail," resident Sylvia Sheppard told the Daily Facts.

Only two communities with Sunday delivery will remain. Jackson, the Postal Service spokeswoman, told the Daily Facts that post offices in Angwin, California, and Collegedale, Tennessee, both owned by Adventist churches, have contracts that guarantee no Saturday deliveries.