A Texas doctor who wrote an op-ed claiming he violated the state's six-week abortion ban now faces a lawsuit broughātwitter.com/i/web/status/1ā¦O2

Democrats plan to tie a suspension of the debt limit to a spending bill to keep the government funded, setting up aātwitter.com/i/web/status/1ā¦w3

The Supreme Court will consider a Mississippi abortion law on December 1. It's one of the most substantial cases toātwitter.com/i/web/status/1ā¦EU

The US plans to ease travel restrictions on visitors from the EU and the UK in November, a person familiar with theātwitter.com/i/web/status/1ā¦sy 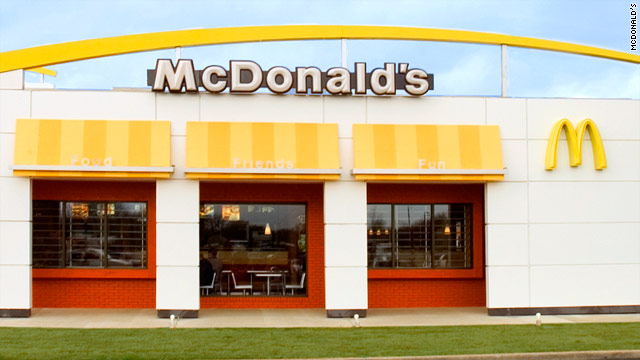 50,000 jobs: McDonald's is looking to hire as many as 50,000 people today as part of its National Hiring Day promotion.

Jobs are available at both the corporate and restaurant levels. Job-seekers can go to the company's website or check at local franchises to find positions.

"I'm hopeful to bring in at least a dozen [new employees] if not more," said Robert Hughes, owner of four McDonald's franchises in eastern Pennsylvania, told CNN affiliate WFMZ. "Sales across the country and then regionally are doing so well that we have that need to be hiring more people."

"At McDonalds, we believe our employees do incredible things. If you have a desire for a career, and a passion for quality, you should see what McDonaldās offers," Kimberly Kelley Elizondo, a McDonaldās owner-operator in the Houston area told KHOU.

The burger chain has more than 32,000 restaurants and 1.7 million employees worldwide.

Severe weather: Another round of severe storms on Tuesday could strike Oklahoma, one of the states hit by aĀ  wave of violent weather last week, forecasters say.

CNN's Weather Center in Atlanta described the risk of severe weather as moderate. This time the forecast for severe weather is focused on the Midwest instead of the South, where 45 people perished in a swath of extreme storms, including tornadoes, last week.

The areas facing a moderate risk of tornadoes and high winds on Tuesday extends from the Midwest to the Ohio River Valley.Ā  Also included are the cities of Tulsa, St. Louis and Indianapolis.

The threat of heavy storms is predicted to diminish in those areas on Wednesday morning, but the Northeast could experience isolated outbreaks of severe storms later in the day.

Sheen lawsuit: Charlie Sheen's $100 million lawsuit against his former employer is scheduled to come to a Los Angeles courtroom Tuesday.

But for those looking for the headline-grabbing actor, Sheen is expected to miss the hearing.Ā  His "Violent Torpedo of Truth" tour has him in Washington D.C. Tuesday night.

The lawsuit was filed in March and names Warner Bros. Television and Chuck Lorre, the creator of "Two and a Half Men." Sheen is seeking punitive damages and recovery of unpaid wages in the lawsuit that alleges intentional interference with contractual relations and breach of contract, among other contentions.

In addition to Sheen, 9th Step Productions - a corporation formed by Sheen to contract out his acting services on the series - also is a plaintiff in the lawsuit.

When a full moon occurs near an autumn equinox, like the harvest moon, the moon rises closer to the time of sunset,ātwitter.com/i/web/status/1ā¦Dh
cnni

7:09 pm ET September 20, 2021 RETWEET
The full moon known as the harvest moon will rise this evening, two days before the autumnal equinox this year. cnn.it/3lF3bNA
CNNweather

7:02 pm ET September 20, 2021 RETWEET
The Inspiration4 flight was notable for being the first time SpaceX used one of its Crew Dragon spacecraft, which wātwitter.com/i/web/status/1ā¦tm
cnni