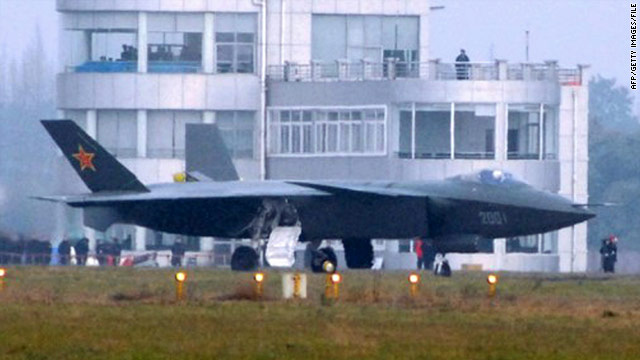 China has had a second test flight of its J-20 stealth fighter jet, according to a report from the government-owned newspaper Global Times.

Under the headline "Mystery jet 'flies' again," the paper cited witness accounts that the jet flew Sunday in Chengdu as part of celebrations of the 60th anniversary of China's aviation industry.

The flight lasted almost an hour and a half, an unnamed witness told Global Times.

"The J-20 made several passes and waggled its wings (rolling the plane first to one side then to the other) to salute the crowd near the airfield," Global Times quotes the witness as saying.

The J-20 "has been touted as a potential challenger to the U.S. Air Force's F-22 Raptor, the world's only fifth-generation fighter jet," Global Times said.

The J-20 made its first flight in January as U.S. Defense Secretary Robert Gates was visiting China.