Disney World plans a phased reopening on July 11 for its Magic Kingdom parks, and on July 15 for EPCOT and Hollywooâ€twitter.com/i/web/status/1â€¦md

Dr. Anthony Fauci says he thinks a coronavirus vaccine could still be on track for the end of 2020. Follow live updâ€twitter.com/i/web/status/1â€¦1k

Bertha becomes the second named tropical system of the year and will make landfall in the Carolinas later today asâ€twitter.com/i/web/status/1â€¦Rk 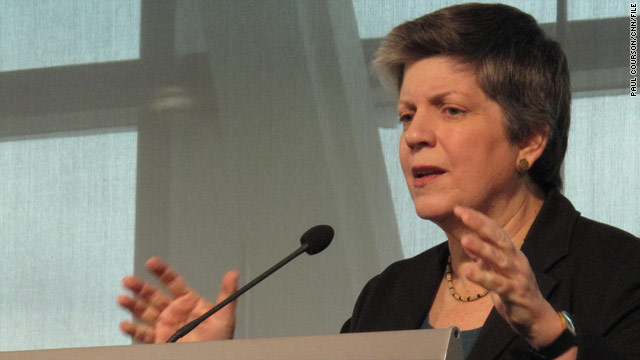 The federal government on Wednesday implements a new terror alert system that will replace the color-coded terror alerts put in place after the September 11, 2001, terrorist attacks.

"The National Terrorism Advisory System, which was developed in close collaboration with our federal, state, local, tribal and private sector partners, will provide the American public with information about credible threats so that they can better protect themselves, their families, and their communities," Homeland Security Secretary Janet Napolitano said in a statement.

Any alert will automatically expire after a specific time, althoughÂ alerts could be extended if new information shows a threat persists, DHS said.

DHS released a sample alert that shows how future releasesÂ will be formulated.

The department is asking the public to watch for any suspicious activity, incorporating the New York Metropolitan Transportation Authority's trademark slogan "If You See Something, Say Something" into its alerts.

"We know that the best security strategy is one that counts on the American public as a key partner in securing our country," Napolitano said in the statement.

Looking at how the two systems wouldÂ rate U.S. security today, Wednesday, April 20, the DHS website says under the old system the threat level is "elevated, or yellow;" under the new system, it lists no alerts.

You now might be able to boo virtually cnn.it/2M4cTrf
cnni

11:07 am ET May 27, 2020 RETWEET
"There are no excuses. You always have to be the best, nothing else is acceptable." Chess world champion Magnus Caâ€twitter.com/i/web/status/1â€¦ti
cnni

11:04 am ET May 27, 2020 RETWEET
Strange data captured by an instrument in Antarctica didn't provide proof of a parallel universe, the instrument'sâ€twitter.com/i/web/status/1â€¦yS
cnni