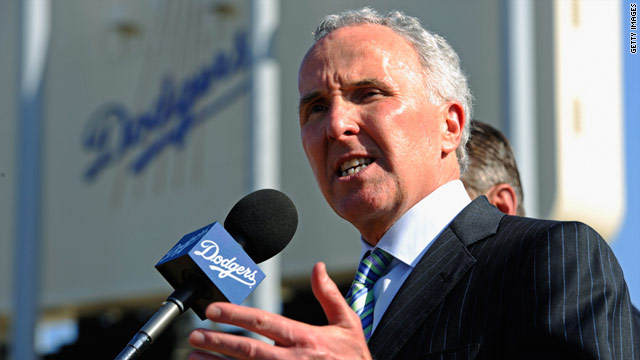 [Updated at 9:57 p.m. ET] Major League Baseball on Wednesday said it was appointing a representative to oversee the operations of the Los Angeles Dodgers, whose financial struggles have been highlighted during a divorce battle between the team's husband-and-wife co-owners.

"I have taken this action because of my deep concerns regarding the finances and operations of the Dodgers and to protect the best interests of the club, its great fans and all of Major League Baseball," MLB Commissioner Bud Selig said Wednesday. "My office will continue its thorough investigation into the operations and finances of the Dodgers and related entities during the period of Mr. (Frank) McCourt's ownership. I will announce the name of my representative in the next several days.

"The Dodgers have been one of the most prestigious franchises in all of sports, and we owe it to their legion of loyal fans to ensure that this club is being operated properly now and will be guided appropriately in the future."

The league's action follows reports that McCourt has needed to borrow money to meet payroll obligations, would need to pay his wife to become sole owner of the team, and recently met with baseball officials over a proposed TV deal with Fox.

In an e-mail sent to Dodgers employees Wednesday, McCourt asked that they "please continue to conduct business as usual with our complete dedication to the game and our loyal fans."

"Each of you has represented this organization with class, and while this is no doubt a challenging time for all of us, I truly appreciate your efforts," McCourt wrote, according to an MLB.com story on the Dodgers' website.

The Dodgers, who have made the playoffs four out of the seven full seasons under the McCourts' ownership, have started this season with an 8-10 record entering Wednesday night's game against Atlanta.