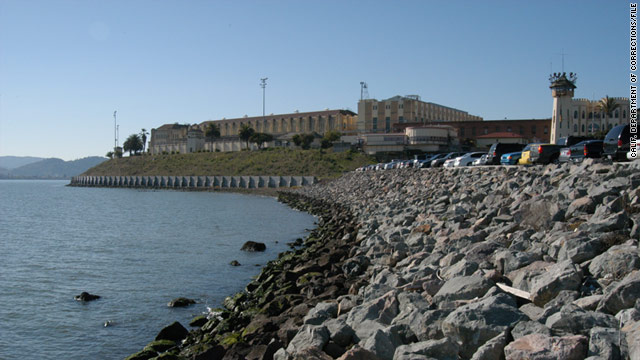 A San Quentin officer alerted the prison's inmate-staffed, in-house fire department around 1 a.m. after hearing faint calls for help and seeing a man and a woman in the water near the facility's shoreline, prison spokesman Lt. Sam Robinson said.

Prison staffers and 10 fire department inmates went into the water and grabbed the man, who was without a life jacket, and lifted him over a retaining wall to get him on land, Robinson said. San Rafael Fire Department personnel arrived and helped rescue the woman, who was wearing a life jacket.

The man, who was breathing but apparently unconscious when he was rescued, went into cardiac arrest on shore, Robinson said.