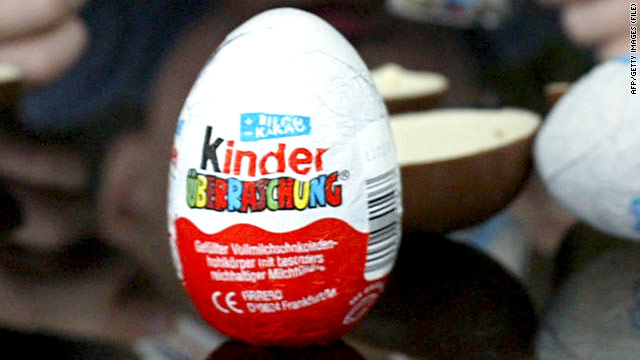 With the Easter holiday around the corner, the agency issued the reminder this week, warning that the candy is considered unsafe for children under 3. Last year,¬ÝCustoms and Border Protection seized 25,000 of them in 1,700 incidents.

"While there are some commercial-sized seizures that occur, most Kinder Eggs are seized in personal baggage or at mail and express consignment facilities,"¬ÝCustoms and Border Protection said.