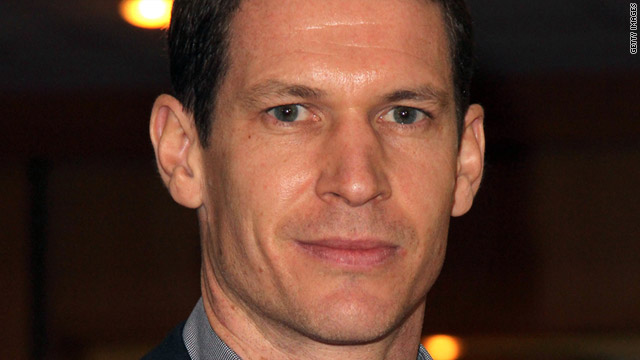 Journalist Tim Hetherington, killed in Libya, is remembered as a consummate war photographer, artist and gentleman.
April 21st, 2011
10:55 AM ET

The veteran war photographer, admired internationally for years covering conflicts, particularly the Afghanistan war, was killed in Libya by a rocket-propelled grenade this week. He was reporting in Misrata, the epicenter of the country's civil war. Journalist Chris Hondros was also killed. Listen to Hetherington describe what covering the Afghan war was like, and view his photographs, here. CNN's Peter Bergen wrote a personal remembrance of the journalist Thursday, describing him as humble and modest, an artist without airs. While he and Bergen were embedded with a group of Marines in Afghanistan, he said, Hetherington never mentioned that he had studied literature at Oxford University. Hetherington's film "Restrepo," about what it feels like to be a soldier, was nominated for an Oscar this year. "He felt a great affinity for these soldiers," Bergen told CNN. "He was a wonderful human being, and a very thoughtful one."

He has owned the Los Angeles Dodgers since 2004 and now stands to have it sold out from underneath him. On Wednesday, Major League Baseball Commissioner Bud Selig announced that the league will take over the Dodgers and name a trustee to oversee it amid the team's financial struggles. It is the third setback for McCourt in the past year. His high-profile divorce from co-owner Jamie McCourt centered on the team's ownership. Also, last month, Dodgers security was called into question when a San Francisco Giants fan â€” and father of two â€” was severely beaten by men in Dodgers attire in the Dodgers Stadium parking lot.

Why are so many tourists seemingly ignoring the rules around mask wearing? cnn.it/3aqR0iw
cnni

1:23 pm ET April 20, 2021 RETWEET
RT @jimsciutto: This is a remarkable statement from a sitting president on a criminal trial currently underway: â€œI'm praying the verdictâ€¦
susancandiotti