The former chief doctor of the Siberian hospital where Alexey Navalny was treated immediately after his poisoning lātwitter.com/i/web/status/1ā¦Hc

Tropical Storm Andres formed off the southwest coast of Mexico. It's the earliest that one has formed in the easterātwitter.com/i/web/status/1ā¦b4

An out-of-control Chinese rocket has plunged out of orbit and reentered Earthās atmosphere, according to China's sptwitter.com/i/web/status/1ā¦GUAb

Two women and a 4-year-old girl, believed to be innocent bystanders, were wounded in a shooting at New York's Timesātwitter.com/i/web/status/1ā¦84 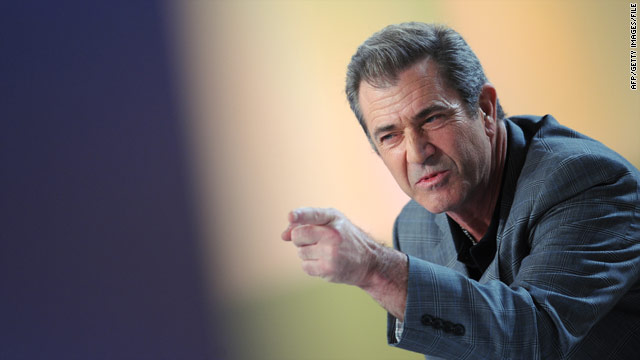 The actor/director (pictured) has given his first interview since a 2010 audio recording was released with him verbally assailing Oksana Grigorieva, the mother of his young daughter. The interview appeared late Thursday night on Deadline.com.

Gibson was funny, abashed and even melancholy ā"Just Mel being Mel," reporter Allison Hope Weiner said. He took responsibility for his recent actions; played down charges of racism; and reconciled with the legal and social consequences he's facing to avoid humiliating his family. He accepted those who have ostracized him in the industry and thanked people like Whoopi Goldberg who publicly supported him.

Gibson also spoke frankly about the future of his public life. While his appearance in "The Beaver," directed by ally Jodie Foster and releasing May 6, is considered one of the best of his career, Gibson will spend most of his time writing. "I don't care if I don't act anymore," he said.

The conservative author holds the No. 1 spot on Amazon in presales for a book he's written called "Where's the Birth Certificate?" The book releases May 17. Corsi wrote "Obama Nation" in 2008 and a book about Sen. John Kerry's "swift boat" incident in 2004. Matt Drudge is hyping the latest book as being so explosive, it will offer things about President Barack Obama that even Obama does not know about himself.

Salon's Alex Pareene took Corsi (along with Drudge and Donald Trump) to task for "incredibly, comically vague assertions" about the president. "Corsi already wrote his silly Obama book in time for the 2008 elections," Pareene said, "but he forgot to make that book about how Obama was secretly born in Kenya, because that particular conspiracy theory had just been invented ... so now he's giving it another go."

Corsi will appear on CNN's "In the Arena" with Eliot Spitzer and E.D. Hill on May 18.

The filmmaker and author, known for his documentaries about food ("Super Size Me"), facts ("Freakonomics") and even terror ("Where in the World Is Osama bin Laden?"), is releasing a new "docbuster" about the impact of marketing and branding on our culture.

Spurlock spent months seeking sponsorship for the film from the marketing industry but got nary a call back. Beverage maker POM Wonderful agreed to give Spurlock $600,000 to make the film, and will give him another $400,000 if it meets certain benchmarks, including making 600 million "media impressions" online.

The film also gets into the neuroscience of marketing and how consumers are targeted even in utero.

"We live in a world today where you can't leave your house, you can't do anything without somebody trying to market something to you, without me trying to sell you something," Spurlock said.