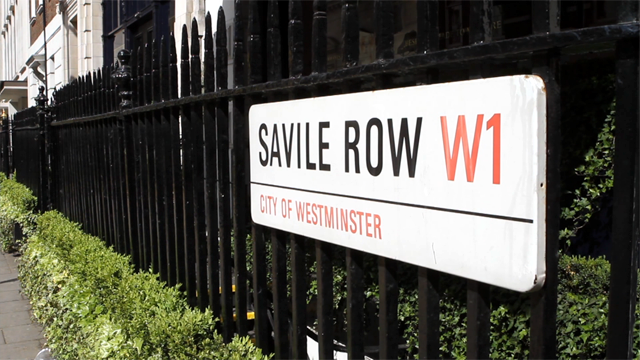 From wedding pizzas to a "Royal Virility Brew," final preparations are continuing for the Royal Wedding.  In one week, history will be made in Britain's first royal hoopla in decades.  Whether you're a Brit or not, you'll love today's Gotta Watch blog, where we'll bring you some fun factoids about the wedding.

Prince William to be suited up on Savile Row - Savile Row is a London street known for its men's tailor shops.  Fashion designer and bespoke tailor Ozwald Boateng takes CNN down Savile Row and discusses what Prince William will be wearing on his big day.

The Royal Wedding dress: A history - We're wondering what Catherine Middleton will be wearing next week, but what about the fashion choices of previous royal brides?  The senior curator at Kensington Palace gives us a look at royal gowns dating back as far as 1860.

'Don't touch the Queen' - "No fist bumps, no kissing on the cheek," says CNN's Isha Sesay to Anderson Cooper. Anderson gets schooled in royal protocol 101 and British food before the wedding. Just in case he meets the queen.