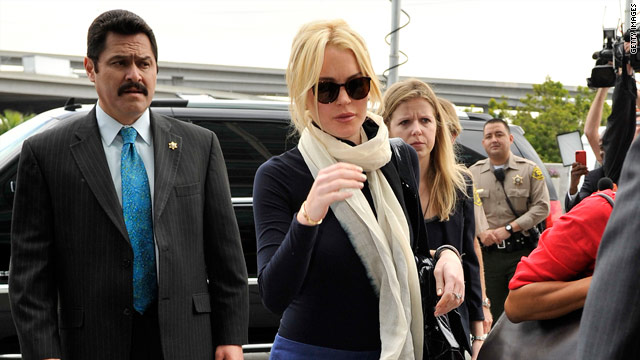 [7:30 p.m. ET, 4:30 p.m. PT] Lindsay Lohan was ordered Friday to serve 120 days in jail for violating her probation by getting arrested on allegations of stealing a necklace from a store.

Lohan was immediately taken into custody.

Her lawyer immediately filed a notice of appeal, which allowed her to post bond since the case involves a misdemeanor violation.

The judge set her bond at $75,000, which she was expected to post Friday evening.

The same judge earlier reduced her felony theft charge to a misdemeanor.

[5:30 p.m. ET, 2:30 p.m. PT] The judge has ruled that the necklace theft case against Lindsay Lohan will go forward to trial, but with the felony charge reduced to a misdemeanor.

"I'm going to give her an opportunity," Judge Stephanie Sautner said.