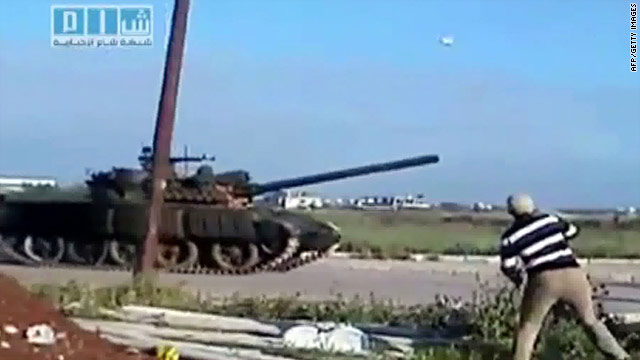 A major military operation was underway Monday in the southern Syrian city of Daraa, a witness said.

As the witness spoke, the sound of gunfire could be heard in the background, along with people screaming, "Allahu Akbar" - meaning "God is great."

"There are around 3,000 soldiers in Daraa now. They are breaking into people's houses, firing randomly at houses," the witness said. "We were sleeping and not protesting."

Anti-government protests that have taken hold in many parts of Syria began in Daraa last month after a violent crackdown by security forces on peaceful demonstrators protesting the arrests of youths who scribbled anti-government graffiti. 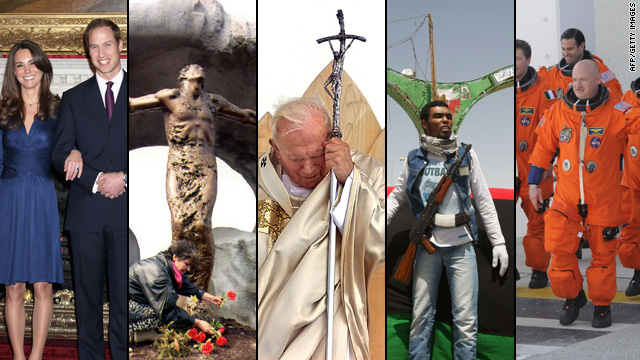 Is Libyan leader Moammar Gadhafi losing ground to rebels? Opposition forces are boasting of progress in a port city where they've been besiegedÂ  for weeks, amid reports that Gadhafi's forces have withdrawn. Meanwhile, the eyes of millions are starting to turn to London, where the second in line to the British throne is about to get hitched, and the Vatican, where the Catholic Church is moving the pope's immediate predecessor one step closer to sainthood.Â  Here is a look at these stories and some of the others that CNN plans to follow this week:

The hours ahead may yield key information in the battle for Misrata, a Libyan port city where some of the most prolonged fighting in the country's two-month uprising has taken place. Gadhafi's government has said its forces have suspended operations in the city to make room for tribal leaders to negotiate with or fight against the rebels. A rebel spokesman, though, says the opposition has regained control of the city center and that the government is just trying to disguise its defeat.

Despite the reported withdrawal, medical sources in Misrata say remnants of Gadhafi's forces continue to fight, with 11 people recently killed and 50 injured. Hundreds have been killed in the battle for Misrata, one of the cities that have been contested since a rebel uprising against Gadhafi began in February.

END_OF_DOCUMENT_TOKEN_TO_BE_REPLACED

Plane lands safely in Rome after attack on flight attendant

An apparently agitated passenger attacked a flight attendant on Alitalia Flight 329 from Paris to Rome late Sunday and asked that the flight be diverted to Tripoli, Libya, the airline said.

Other flight attendants immobilized the attacker, Alitalia said, and the plane and its 131 passengers landed safely at Rome's Fiumicino airport, where the attacker was taken into police custody.

The flight attendant was taken to the airport emergency room for a check-up, the airline said. 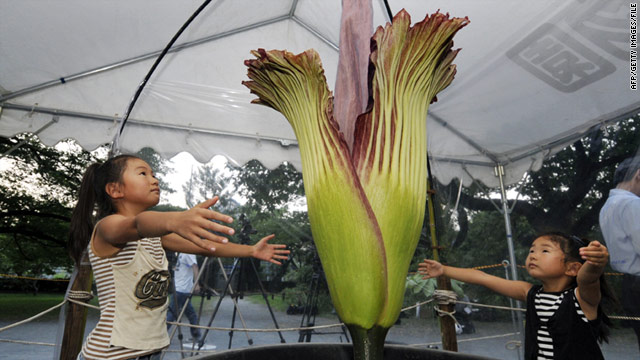 In the botanical sciences greenhouse at Ohio State University, "Woody," a titan arum, bloomed Saturday for the first time after growing for nearly 10 years.

The plant, commonly called a "corpse flower" because of its pungent odor,Â  is the second cultivated titan arum to blossom this weekend. In Switzerland, a botanical garden is getting a whiff of its own titan arum.