The US Justice Department will try to close a regulatory loophole associated with producing unmarked weapons, known‚Ätwitter.com/i/web/status/1‚Ä¶Zz

Jury selection will begin in October in the trial of three men facing charges in the killing last year of Ahmaud Ar‚Ätwitter.com/i/web/status/1‚Ä¶pZ 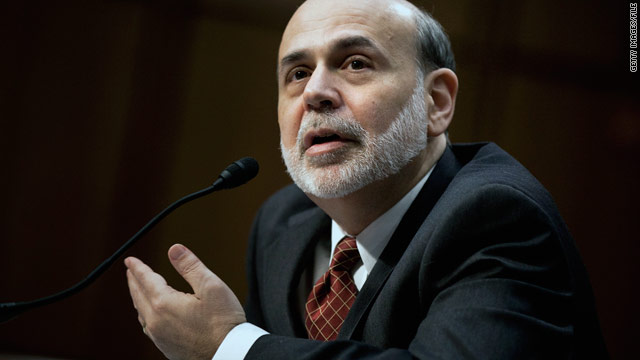 The Federal Reserve's board convenes on Tuesday with Chairman Bernanke taking an unprecedented risk. On Wednesday, he'll hold the first-ever press conference by a Fed Chairman. The entire world‚Äîparticularly the Fed itself‚Äîwill assess every word, the Wall Street Journal's David Wessel told NPR this morning. Bernanke feels this transparency is needed, given the public mistrust after the financial crisis. At the same time, the slightest misstep by Bernanke would cause a market tumble, said Wessel adding that this move will change the role of fed chair forever. Charisma will now be a required skill set for any future Federal Reserve chair, he said. Read Time magazine's intimate portrait of Bernanke, who was Man of the Year in 2009.

Bahrain's Crown Prince is sending his regrets to Britain's Prince William, stating that he must decline an invite to the royal wedding due to unrest in his country. The decision was delayed until the last minute, Prince Salman wrote, because he'd hoped violence would have subsided. There have been accounts of human rights violations across Bahrain. Go here for more on the latest from Bahrain.

Four members of the group for former world leaders announced in Beijing this morning that they will travel to North Korea in hopes of restoring dialogue between that country and South Korea. Former President Jimmy Carter, Finland's Martti Ahtisaari, Ireland's Mary Robinson, and the former Norwegian Prime Minister Gro Brundtland are traveling to Pyongyang at the invitation of Kim John Il's government, Carter said. North Korea's critically low food supply and South Korea will be discussed. "Clearly there is a great level of mistrust and suspicion between North and South Korea," Ahtisaari said. "But the stakes are too high to allow this standoff to continue."

A large Chinese rocket that is out of control is set to reenter Earth's atmosphere this weekend cnn.it/3bu9Tll
cnni

8:03 am ET May 8, 2021 RETWEET
Boris Johnson cements one-party rule in England, but the United Kingdom looks as divided as ever. Analysis by‚Ätwitter.com/i/web/status/1‚Ä¶op
cnni

7:14 am ET May 8, 2021 RETWEET
The British Royal Navy and Royal Marines have tested out a jet suit developed by the company Gravity Industries. Gr‚Ätwitter.com/i/web/status/1‚Ä¶LS
cnni

7:01 am ET May 8, 2021 RETWEET
China's annual emissions exceeded those of all developed nations combined in 2019, the first time this has happened‚Ätwitter.com/i/web/status/1‚Ä¶9f
cnni