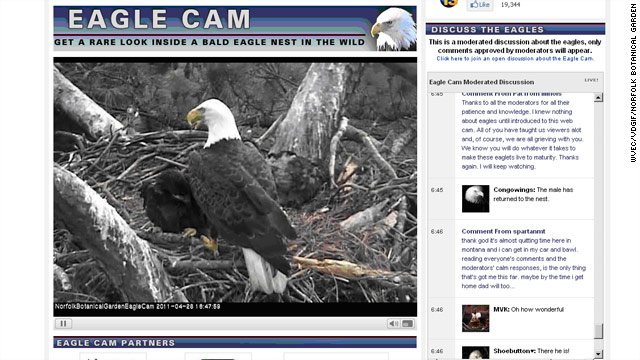 A U.S. Airways jetŌĆÖs landing gear struck and killed a bald eagle as the plane was trying to land, airport official Robert Bowen said. One of the plane's fairings was damaged, but none of the 21 people aboard was hurt.

The eagle, biologists believe, was part of a nesting pair that has been at the nearby Norfolk Botanical Garden since 2003, and was the mother of three chicks that are featured on the gardenŌĆÖs┬ĀEagle Cam.