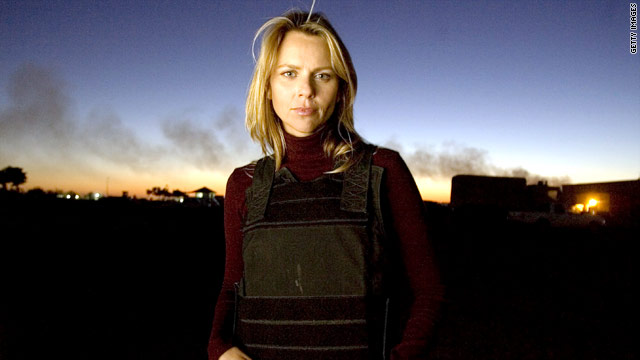 CBS News correspondent Lara Logan broke her silence in an interview published in The New York Times Thursday about being sexually assaulted in Egypt's Tahrir Square while covering the country's political uprising.

Logan said she thought she was going to die after a group of men ripped her away from her producer and bodyguard on February 11 as she was preparing a story for "60 Minutes." They tore at her clothes and groped her body for about 40 minutes, she told the newspaper.

"For an extended period of time, they raped me with their hands,” Logan said, estimating the attack involved 200 to 300 men. "What really struck me was how merciless they were. They really enjoyed my pain and suffering. It incited them to more violence."

Logan is expected to describe the attack in greater detail on "60 Minutes" Sunday night.

The assault occurred while she and a camera crew traversed Tahrir Square to capture the celebrations after President Hosni Mubarak's announcement that he would resign.

"Our local people with us said, 'We've gotta get out of here.' That was literally the moment the mob set on me."

She was separated from her producer and two locally hired drivers, Jeff Fager, the chairman of CBS News and the executive producer of “60 Minutes,” told the Times. Her bodyguard was only able to hold onto her for a brief period.

A group of women and about 20 Egyptian soldiers intervened to rescue the correspondent, the network said. She was flown back to the United States.

The interview marks the first time she has commented publicly about the assault, which the network reported four days after it occurred. There were no reports of arrests made in the incident.

Earlier during the Cairo protests, Logan and her crew were detained overnight and interrogated.

Logan told the Times she decided almost immediately to not keep silent about the attack and chose to speak about sexual violence on behalf of "millions of voiceless women who are subjected to attacks like this and worse."