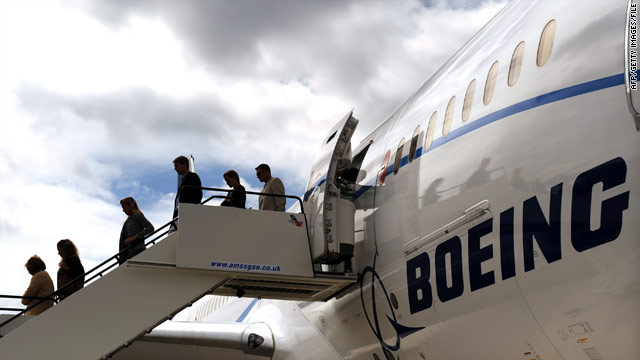 U.S. stocks rose to multi-year highs on Thursday, as investors dismissed a series of mixed earnings reports as well as disappointing economic news.

Boeing led the Dow higher, with its shares rising more than 3% a day after the company reported its quarterly results. Exxon Mobil was among the biggest drag on the blue-chip index, after it reported sales that fell short of forecasts. Exxon Mobil's stock slid less than 1%.

The tech-heavy Nasdaq was weighed down by shares of Akamai Technologies, which dropped 14% after the company warned that sales would fall short of expectations. Still the Nasdaq closed at its highest level since December 2000.

Microsoft likes to talk about how its business doesn't rely on personal computer sales to consumers. It proved the point this quarter.

"Despite the mixed PC environment, we delivered strong results," Todd Setcavage, Microsoft's new director of investor relations, said in an interview right after the company's earnings announcement. "It really speaks to the breadth of our businesses."

Sales of the Xbox and the controllerless Kinect add-on were incredibly strong. Revenue in Microsoft's entertainment division rose 60% to nearly $2 billion, as it sold 2.7 million Xboxes and 2.4 million Kinects.