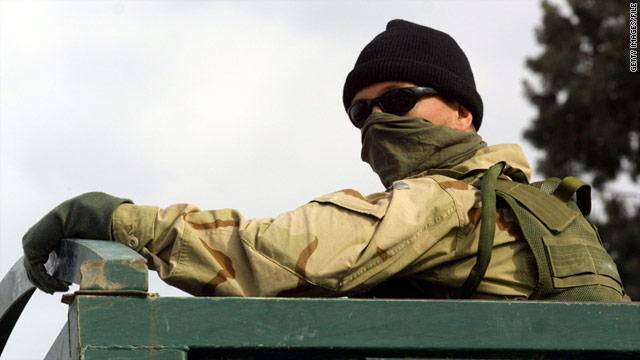 Elite U.S. soldier's perspective: Bin Laden's dead, but 'it's not over'

A soldier in a special forces unit based in Georgia told CNN on Monday that while the news of Osama bin Laden’s death is cause for celebration, elite military units have sprung into high alert.

“A lot of guys got their security clearances elevated due to what happened last night,” said Lamont, who didn’t give his last name because of what he said were security reasons. “I lot of people got called back” overseas, he said, adding that his unit already was scheduled for deployment as early as two weeks ago.

The U.S. special forces operation that killed bin Laden took place Sunday at a mansion in Abbottabad, about 30 miles (50 kilometers) from the Pakistani capital, Islamabad.

Lamont, who's been in the service for 17 years, called into Atlanta radio station WVEE-FM (V-103) on Monday morning to voice support for U.S. troops. "I didn't call for the glorification for ourselves," he told CNN. "We don’t do this for the praise, but I wanted to do this for other servicemen."

Lamont said while Americans celebrated the death of bin Laden, it was a time of vigilance for elite military units. “It’s a joyous time, don’t get me wrong, but we also have to look for what’s to come. It's not over."

Referring to the al Qaeda terrorist network, Lamont said, "You've got people who are trying to prove themselves and it’ll come down to, 'We want to avenge his death,' which is something (bin Laden) most definitely taught them."

"Al Qaeda is weakened. But it doesn't mean that the United States has no challenges," Steven L. Spiegel, director for the Center for Middle East Development at the University of California, Los Angeles, said Monday.