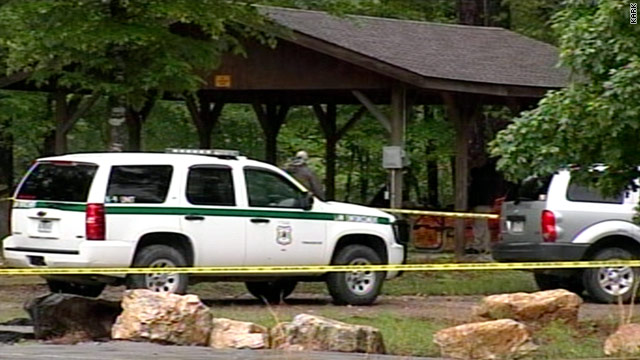 Arkansas authorities found the scouts Tuesday after they went missing in the Ouachita National Forest.
May 3rd, 2011
08:50 AM ET

A Boy Scout troop from Lafayette, Louisiana, which was missing after a weekend camping trip in an Arkansas national forest, was found safe on Tuesday, officials said.

The campsite of troop No. 162 in the Ouachita National Forest was spotted by a National Guard helicopter, said Jerry Elizandro, spokesman for the Montgomery County Emergency Management Agency.

The scouts were being transferred by helicopter to a command post, said Art Hawkins, scout executive for the Evangeline Area Council of Boy Scouts of America. All the boys are fine, he said. Officials hope to find out what happened from the scout master later, he said.

Hawkins said Monday officials were confident the troop was safe, saying the scout master with the troop was very experienced and serves as a backpacking trainer. The average age of the youths is 14, he said.

Arkansas State Police were prevented from conducting an aerial search on Monday because of the weather, Hawkins said. A lack of cell service in the area was also hampering search efforts, he said.

The area being searched was near the scene of a fatal flood last year. Twenty people died in flash floods during the summer.

The Ouachita National Forest, the South's oldest and largest national forest, is a sprawling wilderness of 1.6 million acres, according to the Montgomery County Sheriff's Office. There are 480 miles of hiking trails and an abundance of campgrounds.

- CNN's Rick Martin and Dave Alsup contributed to this report.