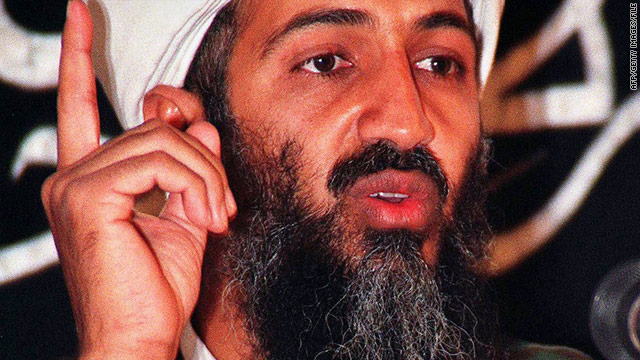 Overheard on CNN.com: To release or not release images of bin Laden's body?

As the White House deliberates on whether to make public pictures of Osama bin Laden's dead body, Americans are debating whether they should be.

CNN.com readers said the release could fuel more hatred from Osama bin Laden’s followers while others say that it’s only fair to release the photos considering the terrorist leader had such little regard for those he killed.

laxfan12983 said, “I for one would like to see the entire video. I have been given not a shred of proof that we even captured anyone. Sure a picture would be nice, but this idea that ‘it’s too graphic for the masses,’ if you don't like it don't watch it.” scratchee responded, “I can't believe that all this could go down without the President delivering a dossier of proof to laxfan12983. Next you'll tell me they didn't even tell you about the raid in advance.”

ford429 said, “Show the live feed of the kill shot, not some static photo of a corpse. I want to see him alive before they shot him. Otherwise it does not explain why they buried him at sea after only 10 hours when they had 14 more hours before the 24 hours was up.” tjaxxx said, “The conspiracy theories have reached an unbelievable high all over the world since Bin Laden's death was announced. The White House needs to release the photos, as graphic as they may be.”

JimfromTexas said, “Release the photos and the videos as well. No consideration or social value was given to our citizens and other citizens of the world on 9/11 as they lay dead and dying on TV and in the news print. No worry about how explicit that was!” SthPhilly said, “I've had to see videos and pictures of 9/11 and what Osama had done to our country, I think it's only fair that I get to see what we've done to him.” ddiamondd said, “I believe he's dead AND I want to see the pictures. I don't care who gets mad. If they get mad, chances are they hate us anyway.”

Dulcimer said, “Don't do it! Conspiracy/hoax theorists do not operate on logic and evidence. Do not offer any memorial to this guy.” snowbelle said, “Nothing to be gained by showing any dead person's photo. Why inflame anyone, why continue to make this entire scene more emotionally overheated?” Tetrapod said, “They have to consider the impact of such images in the Muslim world. Is it worth it to release pictures and video that may enrage Muslims and trigger violence, just for the meager reward of maybe convincing a few people that he's dead? It's not an easy choice.” But TheDopePope simply said, “We don't need this crap released. He's dead, it's done, moving on.”

Should we celebrate bin Laden’s death?

Less than an hour after Osama bin Laden’s death was announced, hundreds of Americans spontaneously celebrated in front of the U.S. Capital and at Ground Zero in New York City. The images of the celebrations were captured on television and in print for the world to see, but some religious leaders question whether death is ever something to celebrate.

Many CNN.com readers agreed with them (even those without religious affiliations) while others said they are still (unabashedly) celebrating.

Peter F said, “Celebrating death? How is that morally right? As a Christian, I will celebrate when good triumphs over evil, when God's will is done, but that is totally different from celebrating someone's death.” David said, “I don't like the blatant (and somewhat pious) link between religion and moralism this article implies. As an atheist I find the celebration of anyone's death wrong. Did bin Laden deserve death for his actions? Absolutely! Should we celebrate his death like a bunch of 18th century cowboys at a public hanging? NO!” Artemisia said, “I am an atheist. I am a secular humanist. When I heard that Osama bin Laden was killed, my first reaction was sadness. Not sadness at his death, but sadness for his life and all the despair and destruction it fostered. Osama bin Laden could have done great things; he could have left this earth in better shape than he found it. He chose the opposite.”

GetReal said, “Let's face it – we're humans, not saints, so I say CHEER! If you want a moment of silence, take it for all the American and British troops who risked and lost their lives.” Ty quoted Proverbs 11:10, "When it goes well with the righteous, the city rejoices, And when the wicked perish, there is joyful shouting.” Joepa said, “I celebrate Bin Laden's death because it means no others will die by his hand.” j01 said, “Morally right? If it was up to me I would dance down 5th Ave with his head on a stick.” Guedde said, “I'm very happy that he was killed in the morning on Monday, May 2nd. This has been my best birthday present in a long time!” Jesse R said, “All I can remember are those poor people on that September morning throwing themselves off of the burning towers. It was awful that day and to finally, finally, kill the animal that was responsible for it is worthy of a celebration.”

Michelle defended the revelers, “The kids who celebrated assembled in a spontaneous manner and maybe they went a little overboard in hindsight, but I do NOT fault them for feeling joyous! This generation of kids has lived half their lives in fear of the boogeyman, Osama bin Laden. They were not old enough to be angry, but they were definitely old enough to be afraid. Leave them alone!”

How much did Pakistan know?

The last of a three-part series of posts by journalist Fareed Zakaria focused on whether Pakistan knew of Osama bin Laden’s whereabouts. In the post, Zakaria points out that Osama bin Laden was not killed in a remote cave in Waziristan, rather that he was living in a large compound near Pakistan’s capital which houses a prestigious Pakistani military academy. And, he says, “It is beyond belief that there could be a compound like bin Laden’s in that location without some elements of the Pakistani military knowing about it.”

Weird said, “Yeah, it would seem pretty weird if Pakistani officials deny any knowledge of his compound sticking out like a sore thumb. It's too unusual not to notice.” Javier said, “The only thing Pakistan can say is ‘Yeah we were all over it. We co-operated fully with the US.’ What's the other alternative? ‘Yeah, sorry. We've been lying to you for the last 10 years?’” Rob in Atlanta said, “That such a compound could have been constructed five years ago and bin Laden moved in without drawing any attention? Impossible.” Adi said, “Quickest way to earn10 billion and remain relevant in world politics? Hide a 9/11 suspect and pretend to search [for] him!” SK said, “As one of the analysts on Indian TV put it, ‘Pakistan has been caught with its pants down...’”

But AA said, “Have you ever been to a developing country like Pakistan? These types of big houses are every where in big cities. The culture is different and people have high walls around the houses all the time (for privacy). That is very typical.” And Adnan said, “Cheers to all. Pakistan has lost [the] most lives than any other nation on earth due to [the] war on terrorism. Besides getting appreciated for its sacrifices and cooperation Pakistan only gets condemnation.”