Police say they took knives and a sword from the Illinois shooting suspect's home in 2019 after a relative reportedātwitter.com/i/web/status/1ā¦sv

Justice Department sues Arizona to block a new law that would require proof of citizenship to register to vote in tātwitter.com/i/web/status/1ā¦NT 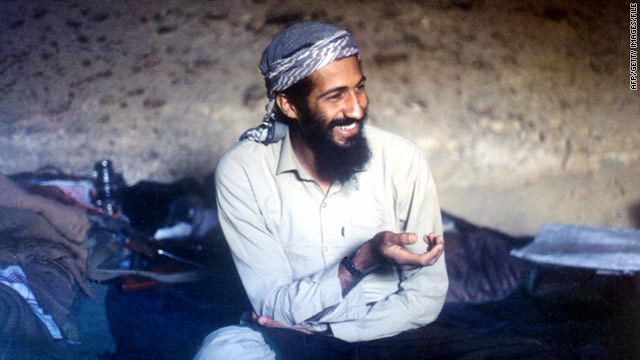 "They remain in our thoughts and our prayers. But I think one clear message has gone out to the world - thereās no place to hide, no place you can hide. The United States decides, from one administration to the next, that we will in fact reach a goal, we are determined and we will relentlessly without any hesitation follow on that commitment. Democrat, Republican, it doesnāt matter."

[Updated at 7:08 p.m.]Ā CIA Director Leon Panetta said Tuesday he thinks a photograph of Osama bin Laden's body will be released at some point, but that it is up to the White House to make the final call.

[Updated at 6:39 p.m.]Ā A few U.S. congressional staffers who received a briefing Tuesday about the raid that killed Osama bin Laden in Pakistan were shown photos of bin Laden's body, a congressional source familiar with the briefing said, according to CNN congressional producer Deirdre Walsh.

[Updated at 6:18 p.m.] A widely distributed photo of a dead Osama bin Laden is fake.Ā A photographer consulted by CNN said the gruesome photograph is most definitely not real, and the Guardian newspaper in Britain reported the picture is actually a combination of two photographs.

Recapping the five compound occupants who U.S. officials say were killed in the assault: Bin Laden; two al Qaeda couriers; one woman; and a son of bin Laden. A second woman - one of bin Laden's wives - was shot in the leg, but notĀ killed, after she rushed the commandos, Carney said earlier today.

The official who spoke to Benson said no other person - dead or alive - besides binĀ Laden was taken from the compound.

3:11 pm ET July 5, 2022 RETWEET
More from police: Crimo had two guns. Another rifle found in car. Handguns found where he lived. They say he planneātwitter.com/i/web/status/1ā¦hP
susancandiotti

3:11 pm ET July 5, 2022 RETWEET
More from police: Crimo had two guns. Another rifle found in car. Handguns found where he lived. They say he planneātwitter.com/i/web/status/1ā¦hP
susancandiotti

6:44 pm ET July 5, 2022 RETWEET
Police say they took knives and a sword from the Illinois shooting suspect's home in 2019 after a relative reportedātwitter.com/i/web/status/1ā¦sv
cnnbrk

6:07 pm ET July 5, 2022 RETWEET
Justice Department sues Arizona to block a new law that would require proof of citizenship to register to vote in tātwitter.com/i/web/status/1ā¦NT
cnnbrk